The Chancellor, Philip Hammond, delivered his first and last Spring Budget to Parliament on 8 March 2017. There were no big personal taxation surprises, fuelling speculation that more significant policy announcements will be reserved for the Autumn Budget. The announcement that the dividend tax-free allowance will be reduced from 2018/19 was unexpected however, and will affect clients who are director shareholders in private companies in particular. As expected, the reforms tom the taxation of non-domiciled individuals (“non-doms”) were confirmed as going ahead from 6 April 2017.

The tax-free dividend allowance will be reduced from £5,000 to £2,000 from April 2018 and will be effective for dividends received after that date. The reduction will affect all those with shareholdings, making a greater proportion of a dividend taxable, but is primarily intended to target director shareholders in private companies who can currently benefit from extracting £5,000 from the company tax-free by way of dividend, as opposed to receiving the same amount as taxed remuneration.

The Government has confirmed that the reforms to the taxation of non-doms, as first announced in the Summer Budget 2015, will go ahead from 6 April 2017, despite pressure within the industry for a delay to the implementation date. A complete set of draft legislation for the reforms was only published on 26 January 2017, just over two months before it is due to come into force, leaving affected non-doms with insufficient time to plan for the impact the reforms will have on their tax status and related personal circumstances. The announcement that the reforms will be pushed through regardless is therefore very disappointing.

The reforms include a new rule deeming non-doms to be domiciled in the UK for all tax purposes when they have been UK resident for 15 of the past 20 tax years, and extending inheritance tax to UK residential property held by a non-dom through an offshore structure. For a summary of the reforms, please see our previous bulletin.

There were some small concessions announced, however. In relation to the new inheritance tax charge on UK residential property, the limit below which minor interests in UK property are disregarded has been increased from 1% to 5% of an individual’s interest in the property, meaning those with very minor interests will not be affected, but this change is unlikely to benefit very many clients. The second concession is in relation to the ability for non-doms to segregate amounts of income, gains and capital within their overseas mixed funds (during a two-year opportunity window) to provide certainty on how amounts remitted to the UK will be taxed. The Government has announced that the amounts that can be “cleansed” in this way will be extended to income, gains and capital held in mixed funds from years before 2007 to 2008, as well as those from subsequent years.

Non-dom clients who have not already considered the impact of the reforms on their tax status should urgently do so. Our specialist Offshore Team can advise on the impact and any planning that can be put in place before 6 April to mitigate this.

The Chancellor continued the drive to combat tax avoidance, evasion and non-compliance by confirming that the Government will introduce a penalty for a person who has enabled another person or business to use a tax avoidance arrangement that is later defeated by HMRC. This policy was first announced at Budget 2016 and has been consulted upon. Legislation will be included in Finance Bill 2017 and will take effect from July 2017. Further strengthening this new penalty regime, the Government confirmed that it will legislate to restrict the defence of “reasonable care” when considering penalties in defeated tax avoidance cases. The penalty for “enablers” will apply prospectively to any “enabling” activity after the date of Royal Assent in July.

It was also confirmed that, as announced at Budget 2016, legislation will be introduced in Finance Bill 2017 for a new legal requirement for those who have failed to declare UK tax on offshore interests to correct that situation, with tougher sanctions for those who fail to do so before 1 October 2018. The new ‘requirement to correct’ is expected to come into force in July 2017 and will apply to all taxpayers with offshore interests who have not complied with their UK tax obligations as at 5 April 2017. As with the “enablers” legislation, the defence of “reasonable care” will be restricted. It is therefore important that any individuals with any corrections that need to be made in respect of the taxation of their offshore income and gains come forward to HM Revenue and Customs (“HMRC“) voluntarily, using the available disclosure facility. HMRC will start receiving data on UK resident individuals with offshore accounts as a result of the global tax information exchange facility, the Common Reporting Standard, as from September 2017; and there will be tougher penalties imposed if the individual has not voluntarily disclosed the account and any undeclared tax liabilities beforehand.

The Government will consult on bringing non-UK resident companies, who are currently chargeable to income tax on their UK taxable income, and to non-resident capital gains tax (“CGT”) on certain gains, within the scope of corporation tax. This was first announced in Budget 2016 but in relation to income tax. The extended proposal will therefore affect non-resident companies set up by non-doms to hold UK residential property, when that property is sold.

The rate of non-resident CGT is currently 20%, whereas the corporate tax rate will fall to 19% from 1 April 2017. However, the proposal, if enacted, is unlikely to be beneficial overall for such companies as there is a limitation under the corporation tax regime on corporate interest expense deductibility and loss relief.

The filing and payment window for stamp duty land tax was due to be reduced from 30 days from the date of the purchase to 14 days as from 6 April 2017, but the Government has announced that this reform will be delayed until sometime in 2018/19 following representations that this window would be too tight for many tax-payers. It remains to be seen whether the 14-day deadline is revised upwards when the Government publish further information.

As announced in the 2016 Autumn Statement, a 25% tax charge on transfers requested on or after 9 March 2017 to a qualifying recognised overseas pension scheme (“QROPS“) will be introduced unless, from the point of transfer, both the individual and the pension savings are in the same country, both are within the European Economic Area or the QROPS is provided by the individual’s employer. From 6 April 2017, a similar tax charge will apply to payments made from funds transferred from the UK, to a QROPS, in the five years following the transfer. Our specialist Pensions Team are available to provide further details on this measure and assistance for any of our clients’ pension needs.

The Budget documents indicate that the capital gains tax annual exempt amount (AEA) will rise from £11,100 in 2016/17 to £11,300 in 2017/18. The trustee allowance is half this amount, subject to rules for splitting the allowance between certain trusts created by the same settlor. 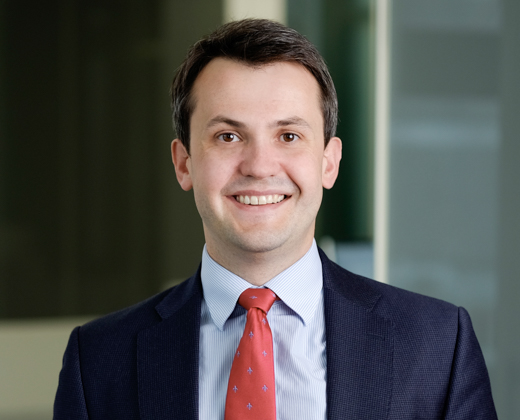