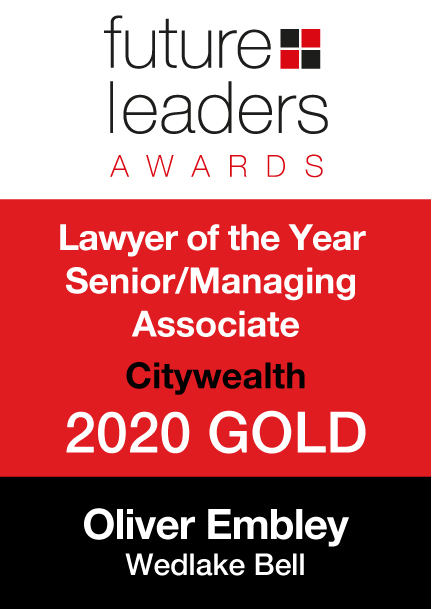 Oliver’s practice also covers contentious trusts and probate work including bringing and defending claims under the Inheritance (Provision for Family and Dependants) Act 1975 (”the ’75 Act”), mental capacity claims, and claims for and against trustees.

Oliver joined Wedlake Bell as a trainee in September 2007. He qualified into the Private Client Team in March 2010 after spending six months in the firm’s marketing team.

He is a full member of the Society of Trust and Estate Practitioners (STEP) and an Associate member of the Association of Contentious Trust and Probate Specialists (ACTAPS).

"New partner Oliver Embley will be a great asset to the team and firm."

Can we reclaim overpaid stamp duty?

Ask Ollie – What is a ‘Protective Trust’ and is this something which I should be considering?

Should I have a trust in my Will?

Ask Ollie: I was born in the United States when my father was working there…

Ask Ollie: How Should I Pay My Trust Expenses?