The High Court has held that a tenant cannot assign its lease to its own guarantor. This follows from the terms of the Landlord and Tenant (Covenants) Act 1995. In this bulletin, we’ll summarise the case and let you know what you need to do now.

In EMI Group Ltd v O & H Q1 Ltd [2016] EWHC 529 (Ch) (please click here for the full judgement) a shop lease was guaranteed by EMI. The tenant went into administration in 2013. In November 2014 the lease was assigned to EMI, the guarantor, with the landlord’s consent. The guarantor later sought a court declaration that the tenant covenants in the lease were void and could not be enforced against it. The guarantor argued that the effect of the Landlord and Tenant (Covenants) Act 1995 (the “Act”) was that the guarantor (G1) of the tenant (T1) is precluded from becoming an assignee of the tenancy (T2). Judge Amanda Tipples QC agreed with this. The whole thrust of the Act is that there should be no re-assumption or renewal of liabilities, whether on the tenant or the guarantor. This means that G1 cannot, on an assignment by T1, become T2. The assignment releases G1 from the tenant covenants of the tenancy, but at the very same moment in time, G1 becomes bound as T2 by those same tenant covenants. In practical terms there is no release at all for G1 in respect of its liabilities under tenant covenants. This frustrates the operation of the Act. The Act absolutely precludes a guarantor from becoming the assignee on an assignment by the assignee whose covenants he is guaranteeing.

The Court also considered the anti-avoidance provisions of the Act. As these are to be interpreted generously, the assignment was void. If the assignment was upheld, that would frustrate the Act. In this particular case the consequence was that the lease remained vested in the original tenant who had gone into administration. The guarantor, EMI, remained bound as guarantor of those obligations.

The case is based on the Act. A lease granted before 1st January 1996 won’t be affected by the decision. Some leases granted after then won’t be caught either if they are “old” leases, as defined by the Act.

There are a number of ways a guarantor can take over liability for a tenant’s obligations. Many guarantee clauses allow the landlord to call on a guarantor to take a new lease of the premises in the same terms. This doesn’t fall foul of the Act because it’s a new lease rather than an assignment. However it does mean the guarantor has to pay SDLT on the new lease, a liability which wouldn’t have been incurred on an assignment.

Another route, not often used, is for a guarantor to take an over-riding lease. This was designed for guarantees which are created on an assignment of the lease to a third party, or authorised guarantee agreements. In situations where there’s no particular relationship or connection between a tenant T1 and its assignee T2, but the lease requires T1 to act as guarantor for T2, the over-riding lease offers protection to T1. It inserts a new lease between the landlord and T2 which means that T1 becomes T2’s landlord – T1 can then try to collect the rent from T2 or forfeit the lease and try to relet the premises. Again, however, an over-riding lease incurs an SDLT charge.

Do you still have questions?

The team at Wedlake Bell will be happy to advise on your particular circumstances. Get in touch with your normal contact or either of us. 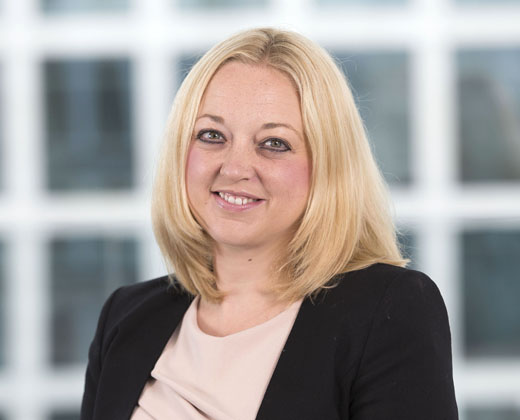