The Chancellor’s Budget on 16 March 2016 contained positive news for private clients, with reductions to the capital gains tax (“CGT”) rates, extension of CGT entrepreneurs’ relief, and the introduction of a lifetime ISA. It was not such good news for property investors and those with second homes who yet again will be penalised, with a CGT surcharge and confirmed higher rates of SDLT. Non-doms will be frustrated that we are not much further forward in understanding how the tax reforms announced in the Summer 2015 Budget and to be implemented from April 2017, will work in practice, but there was one welcome development in respect of the taxation of offshore gains.

From 6 April 2016, the higher rate of CGT will be reduced from 28% to 20%, and the basic rate reduced from 18% to 10%. This was the main surprise announcement in the Budget for private clients, and is good news for those with stocks and shares portfolios and other investments. Unfortunately, however, the reduced rates will not apply to investors in residential property who will be subject to an 8% surcharge, meaning they will continue to pay CGT at 28% or 18%. This comes as part of a package of recent measures designed to discourage investment in buy-to-let properties and second homes, so as to free up the market for first-time buyers. The reforms to Stamp Duty Land Tax covered below are another example.  Those with carried interests in Private Equity or Hedge Funds will also be subject to the 8% surcharge.

However, trustees and executors, who currently pay CGT at 28%, will benefit from the reduced 20% rate, subject to the surcharge for disposals of residential property (although this is likely to only affect discretionary trusts).

There will be no reduction in the CGT rate for those who pay the Annual Tax on Enveloped Dwellings (“ATED“) – broadly, companies and collective investment vehicles holding UK residential property – who will continue to pay at 28%.

Eleanor Metcalf, Head of the Private Client team at Wedlake Bell was quoted in Spear’s Magazine and City A.M. on the CGT announcements. Read these articles in full: Spears  and City A.M.

There were concerns ahead of the Budget that the Chancellor would cut the rate of CGT Entrepreneurs’ Relief (“ER“) so the news that he was extending it in some situations was welcome. ER provides a reduced 10% rate of CGT on disposals of certain business assets subject to a capped lifetime allowance.

There were several measures announced but the most significant is the extension of ER to investors in unlisted companies who purchase newly issued shares on or after 17 March 2016, if these are held for a minimum of three years from 6 April 2016, and subject to a separate lifetime limit of £10 million of gains. Previously, such shareholders could only benefit from ER if they had a 5% holding and were an employee or officer of the company for at least 12 months.

Alongside these positive reforms, was a word of warning that the Government will review the definition of “trading company” for ER purposes to ensure that it operates “effectively”. ER only applies to disposals of shares in “trading companies”, which usually excludes those involved in property investment. We will need to watch this space to see if the category of eligible companies is further narrowed.

The Summer 2015 Budget contained sweeping reforms to the taxation of non-domiciliaries (“non-doms“) to come into force from 6 April 2017. These include new rules to deem non-doms as a UK domiciliaries for all UK tax purposes in certain situations, including where they are have been UK resident for 15 of the past 20 tax years; and extending inheritance tax to all UK residential property indirectly held through an offshore structure (commonly used by non-doms). However, as yet we do not have a complete set of draft legislation on the measures, making it impossible to advise non-dom clients with any certainty about the planning that can be carrying out before next year to minimise the personal impact of these reforms.

We had hoped for further details in the Budget, but were sadly disappointed. Instead, it was announced that all legislation for these reforms will be included in Finance Bill 2017 (which we would expect in or around December 2016), leaving only three or four months for affected non-doms to analyse the impact of the measures on their circumstances and put in place any needed planning. This is deeply frustrating given the impact these reforms will have on non-doms’ liability to UK tax.

On a more positive note, it was confirmed in the Budget that those who are caught by the new “deemed domicile” rules from April 2017, will be able to rebase their offshore assets at the market value as at 6 April 2017 for CGT purposes, meaning historic gains will not be subject to UK tax.

Wedlake Bell’s Private Client team are closely monitoring these developments and will keep our clients updated of any further announcements.

Further measures were announced in respect of the Government’s long-term aim of penalising tax evasion and avoidance, in some case irrespective of whether this is deliberate. These include a 10% increase in minimum civil penalties for deliberate inaccuracies in declaring offshore income and gains and a new criminal offence for failing to declare offshore income and gains even where this was unintentional. The Government will also introduce, in Finance Bill 2017, a new legal requirement to correct past offshore non-compliance within a defined period of time with new sanctions for those who fail to do so. A formal consultation on this will be launched later in 2016.

It was confirmed in the Budget that higher rates of SDLT on purchases of additional residential properties will apply from 1 April 2016. The higher rates will be 3% above the current SDLT rates and will affect second home owners and buy-to-let landlords unless the property is replacing their “main home”. You can read more about the SDLT reforms in our client bulletin here. The detail had been consulted upon prior to the Budget but without the result of any wholesale changes; however, the Budget did announce that purchasers will have 36 months (rather than 18 months) before liability to the higher rates bites in situations where there is a delay between the sale of a main home and purchase of a new one (and vice-versa). Less positively, there will be no exemption from the higher rates for large-scale investors, relief for whom had been hinted at during the consultation.

For more information on whether these reforms will affect you and any trusts you are involved with, please see our bulletin, or contact Michael Ridsdale in the Corporate Tax team or your usual Wedlake Bell adviser.

There was much hype before the Budget on what cuts the Chancellor might make to pensions tax relief and allowances but, as leaked to the press beforehand, any radical reforms are on hold for the time being. Instead, the major announcement in respect of pensions is the introduction of a new Lifetime ISA from April 2017 for adults under the age of 40, allowing contributions of up to £4,000 per year (before the holder reaches age 50) with a 25% bonus from the Government. The funds can be used to buy a first home (with a value of up to £450,000) or produce savings for retirement after age 60. As with other ISAs, a Lifetime ISA will be subject to inheritance tax on the holder’s death, which will need to be weighed up when deciding whether to use this type of ISA instead of investing into a pension.

For further information on any of the above announcements, please contact Eleanor Metcalf or Camilla Wallace, or your usual Wedlake Bell adviser. 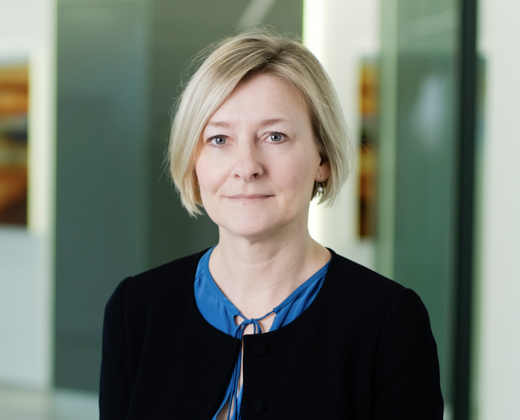