Discrimination in the workplace is a “virus”.  In a recent case, the EAT uses a Coronavirus analogy to clarify the meaning of “all reasonable steps” for the purposes of the section 109 (4) Equality Act 2010, the employer’s defence to a finding of vicarious liability.

In the case of Allay (UK) Limited vs Mr S Gehlen (UK EAT/0031/20/80V), the employer, Allay, attempted to defend itself against being found vicariously liable for the unlawful discriminatory actions of one of its employees, Ian Palmer (“IP“), by relying on section 109(4) Equality Act 2010 (EqA), namely that it had taken all reasonable steps to prevent the employee from doing that thing or anything of that description (as required by section 109(4)).

The claimant, Mr Gehlen (“G“), who described himself as being of Indian origin, commenced work with Allay in October 2016.  He was dismissed for poor performance in September 2017.  After his dismissal, he raised allegations that he had been subject to racial harassment by IP.  Allay investigated G’s claim and found that IP had made racist comments against him.  IP had undertaken equal opportunity and anti-bulling and harassment training in early 2015 and received further equality and diversity training after making one of the racist comments to G.  The case does not say whether or not IP was disciplined.

The starting point is that: anything done by a person (A) in the course of A’s employment, must be treated as also being done by the employer (section 109(1) EqA).

Section 109(4) EqA, sets out a potential defence:  in proceedings against A’s employer (B) in respect of anything alleged to have been done by A, in the course of A’s employment, it is a defence for B to show that B took all reasonable steps to prevent A: (a) from doing that thing; or (b) from doing anything of that description.

In reviewing the cases (particularly Caniffe vs East Riding of Yorkshire Council) of [2000] IRLR 555 and Croft vs Royal Mail Group Plc [2003] ICR 1425, both of which were decided under the earlier provisions of the Sex Discrimination Act 1975), the EAT suggests that all reasonable steps involves a 3 stage process:

(i) identify any steps taken;

(ii) consider whether they were reasonable; and

(iii) consider whether any other steps should reasonably have been taken.

It is the third limb of the above 3 stage test that, effectively, founded the grounds of Allay’s appeal to the EAT; Allay said that the ET erred at law by determining that, to prevent racial harassment, the training that Allay had provided in early 2015 had become “stale”, by the time of G’s dismissal in September 2017 and that Allay had failed limb (iii) above because it had failed to take the further step that they should reasonably have taken, namely to provide (compulsory) refresher training.

The EAT also made clear that, when considering whether the steps that have been taken are reasonable, the analysis must involve consideration of the extent to which the steps were likely to prevent harassment.  The EAT used a Coronavirus analogy, at paragraph 36 of its judgement, as follows:

“Considering this matter during the Coronavirus virus pandemic, as we look forward to widespread vaccination, we are interested not only in whether the vaccine will be effective in eliciting an immune system response, but also how long the response will last.  There is an analogy to be made; how effective will training be to prevent harassment, and how long will it last.”

The EAT held that section 109(4) has to be considered having regard to its purpose within equality legislation.  It is designed to encourage employers to take significant and effective action to combat discrimination.

Accordingly, the EAT went on to say that brief and superficial training is unlikely to have a substantial effect, with long lasting consequences, whereas “thorough and forcefully presented training” is more likely to be effective, to last longer and so be “reasonable” for the purposes of section 109(4).

Allay’s appeal failed, because, although it had provided training (the EAT considered that the ET should have made more detailed enquiries and findings as to the quality of that training) in early February 2015, that training was “stale” by the time of G’s dismissal in September 2017,  because, not only did IP make racist comments that he, wrongly, classified as merely “racial banter”, but also, other colleagues, who overhead the comments or to whom G had reported IP’s remarks, took no action.

The EAT made it clear that the section 109(4) defence is only available to employers that can show that all reasonable steps to prevent harassment have been taken.

Lessons to be learned

For employers, this case makes the law and the direction of travel – bearing in mind the EAT’s statement of the purpose within equality legislation (see above) – clear: to be able to benefit from the potential defence to any allegation of vicarious liability for the actions of an employee during the course of their employment, the employer must take all reasonable steps.

The direction of travel is akin to what is required for the corporate defence in the Bribery Act 2010 (“BA“), section 7, which says that a company can only defend itself from an allegation of bribery and corruption if the company can demonstrate that it has in place “adequate procedures to prevent” bribery.  By analogy, under section 109(4) EQA, companies must have:

(i)the tone from the top, making it clear that the company is an equal opportunities and respectful employer which does not tolerate discrimination, harassment or victimisation;

(iii)thorough and forcefully presented training, to include training on subconscious bias, and record the fact that employees have attended such training;

(iv) refresher courses and again a record that employees have attended those courses; and

(v)clear disciplinary sanctions, including dismissal, for employees who contravene the policies and/or give scant regard to the training provided.

If the above is followed and the employer (as with section 7, BA procedures) has a record that its employees have had the requisite training, then, when an employee, suffering harassment from another (A),  in the course of A’s employment which must (section 109(1) EqA above) be treated as also done by the employer, the employer can defend itself against a claim that is vicariously liable for A’s conduct, by evidencing what it has done under points (i) to (v) above, to say that it has taken all reasonable steps to prevent A’s conduct.

Again, akin to the section 7 defence under BA, the EAT noted that there may be circumstances in which an employee has undergone training but is contemptuous of it and continues to harass.  The EAT noted that, in such circumstances, if the training was of a good standard and the employer was unaware of the continuing harassment, the defence under section 109(4) may be made out.

The old adage: if you think training is expensive, try the cost of liability remains as true as ever.

Click here to read our bullying and sexual harrassment services. 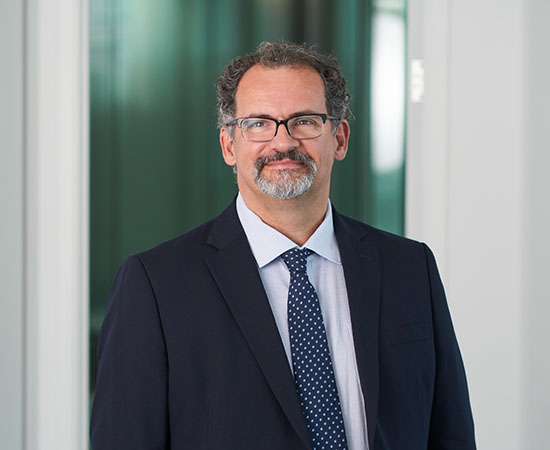