This article has been written jointly between Wedlake Bell and Spktral, a specialist organisation which focuses on pay gap analysis, specifically gender, ethnicity, sexuality and disability.

What is the gender pay gap?

The gap between men and women’s average pay has been monitored by the Office for National Statistics (ONS) since 1997. Since monitoring began, the average pay for men has always been greater than that for women.

The gender pay gap should not be confused with the issue of equal pay. The gender pay gap shows the distribution of men and women throughout the pay range of an organisation. If analysed correctly it will show you where your gaps are and how much they contribute to your overall simplified pay gap. This gap is always expressed as a percentage.

Employers with fewer than 250 employees are not required to report and publish this information, but can do so voluntarily.

In scope employers and those who decide to voluntarily make their gender pay gap public must calculate and submit the following six figures to the Government Equalities Office (GEO):

Employers with a snapshot date of 5 April must also publish these six metrics along with a written statement confirming that the information is accurate. This confirmation statement must be signed by an ‘appropriate person’. The appropriate person will depend on the type of employer, but is typically a director, partner or senior officer.

Employers are also encouraged to include a supporting narrative in their submission, which can be used to explain their gender/bonus pay gaps (and any other disparities) and set out what action, if any, it has taken to improve it. A narrative can help anyone reading the report to understand an employer’s circumstances and why pay gaps exists in their organisation. Further, there is an option to submit an action plan which explains how the employer plans to eliminate the pay gap.

Employers must submit their gender pay gap data to the GEO using the gender pay gap service. The report, with a written statement (if applicable), must also be published in a prominent place on the employer’s public-facing website, and must be kept available online for at least three years from the date of publication, even if within that time the employer is no longer required to produce a pay gap report. For example, a private employer who had 251 employees and reported but then goes through a restructuring and ends up with 150 employees so is no longer required to report would still have to keep their compulsory report on their website for the full three years from the publication date.

Impact of the furlough scheme

The GEO has confirmed that employees who were furloughed under the Coronavirus Job Retention Scheme (and not receiving their full pay) should not be counted as “full pay relevant employees” for the purposes of calculating mean and median hourly rates of pay and the proportion of male and female employees in each pay quarter. However, they should still be included in the calculation for the gender bonus gap.

The furlough scheme is, therefore, likely to have had a significant effect on a company’s metrics, meaning that reported figures may provide an inaccurate representation of their gender representation. Women disproportionately occupy lower-paying jobs which are more likely to have been furloughed. If these women are excluded from gender pay gap calculations in accordance with the regulations, we expect to see many companies report improved gender pay gap figures, which are not representative of the true picture.

Employers that have furloughed staff during the pandemic should be cautious when viewing a larger than expected reduction in their gender pay gap, as this may paint a wholly inaccurate picture. Employers should continue (or increase) their attempts to reduce the gap and not view an improved figure as an opportunity to ease efforts .

Common reporting mistakes and their consequences

Data collected by Spktral shows that approximately 15% of submissions are non-compliant with gender pay gap reporting legislation. The most common compliance error is the failure of a director (or equivalent) to be recorded as the person responsible for the report. While this may appear a minor error, organisations should be mindful of the message that non-compliance sends to external stakeholders: it can show a lack of attention to detail, or that the company does not care about the gender pay gap disparity and how it affects their workforce. As there could be serious reputational damage associated with non-compliance, employers will want to ensure they understand the regulations correctly.

Other common errors include incorrect mathematical calculations, disparities between the data submitted to the GEO and the written report, incorrect descriptions of terms, poor interpretation of the pay gap metrics, and the use of pie charts to depict pay quarters. These seemingly small errors can cast doubt over the whole process and cause everyone to question a company’s commitment to gender equality.

Employers should be careful not to act recklessly if they have a disappointing gender pay gap, as illustrated in C Bayfield and C Jenner v Wunderman Thompson (UK) Ltd and others (ET/2200540/19). In 2018, following publication of a gender pay gap of 44.7%, the creative director of Wunderman Thompson gave a presentation in which she said that the company wanted to “obliterate” its reputation for being full of “straight white men”. The male claimants watched the presentation and claimed that this statement was evidence of a bias against straight white men. Shortly afterwards, the employer selected both claimants for redundancy while retaining a female creative director. The claimants brought a successful sex discrimination claim against the company. The employment tribunal concluded that the employer’s decision to dismiss the claimants was related to the fact the claimants are men, and its reasons included its desire to improve the gender pay gap figures.

Employers should also be careful not to engage in discriminatory recruitment and promotion practices. Positive discrimination is prohibited in English law, however, an employer may be able to take positive action to improve their gender pay gap or to assist groups that are underrepresented or disadvantaged. The difference between positive discrimination and positive action will be discussed at our up-coming seminar, details below.

Wedlake Bell and Spktral will be hosting a joint seminar at 4.30pm on 25 May 2022 discussing the gender pay gap reporting obligations, ethnicity pay gap reporting, and what steps employers can take to try to reduce pay gaps identified by their analysis. Please use this link to register your interest.

Employers should maintain focus on the existing pay gap reporting requirements to avoid the pitfalls highlighted above and ensure legal compliance.  Evolving into an organisation where all employees are fairly represented throughout the entire pay range will not happen overnight, particularly if organisations have a large disparities to address, and employers should act carefully when taking steps to address their figures to avoid unwanted litigation. Clear and accurate reporting will highlight ways for employers to close the gender pay gap, thereby ensuring that both men and women are paid fairly and equitably for their work. 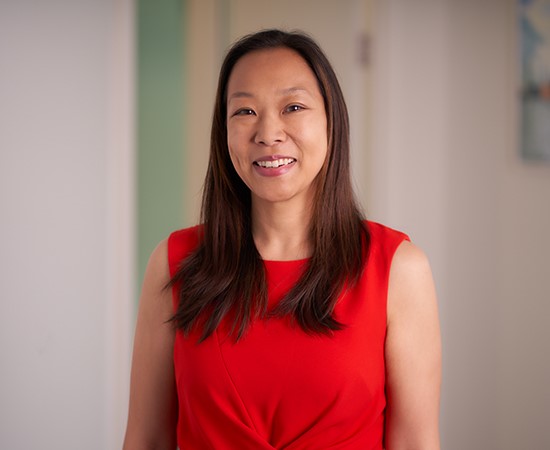