Tax and estate planning when moving to the UK

In the past 12 months, growing political turmoil and the disruption caused by the COVID-19 pandemic have caused many of Hong Kong’s 7.5 million residents to look for an exit strategy. There are different reasons why Hong Kong residents are suddenly looking overseas that extend beyond social unrest. Several additional factors have weighed in, such as the chance of a better education for children, investment diversity, a better quality of life, and the fact that Hong Kong is one of the most expensive cities in the world.

A demand to move to other countries, in Asia and worldwide is not a new one. Many residents have set their sights on places such as Taiwan, Singapore, the European Union, the US, Canada, Australia and New Zealand. However, in the past two months the prospect of easy access to the UK for BN(O) citizens has caused a dramatic surge in interest in moving to the UK.

In general, the world has become increasingly globalised and moving overseas has become a norm. The latest rankings show that countries that accept this reality are booming, with their citizens enjoying ever-increasing passport power and the range of benefits that come with it. One of the issues that strongly weighs on the choices of would-be emigrants, is how much acquiring residency or another nationality may cost, bearing in mind the fees and amount of money they may be required to invest in return for a “golden visa” or a second passport.

As we have discussed in previous articles, the prospect of a preferential entry route to the UK, currently, seems quite realistic and rather affordable if managed correctly, as this article discusses.

Navigating the complications of tax planning

If you are tax resident but not domiciled in the UK, the amount of tax you have to pay in the UK on foreign income and gains (i.e. income and gains arising outside the UK) can be limited and depend on what money or assets you bring into the UK.  Domicile is a complex subject and determined through a combination of residence and intention to reside somewhere.  With effect from 6 April 2017, HM Revenue & Customs treat some individuals who are not domiciled in the UK but have been long term tax resident as if they are domiciled (so called “deemed domiciled”) in the UK for all tax purposes.

It is common for different jurisdictions to have a Double Taxation Agreement (“DTA”) and Hong Kong is no exception. Under Hong Kong’s DTA, relief from income tax is only available to Hong Kong residents who are not at the same time resident in the other contracting country. Generally, apart from the introduction of the more favourable tax rates, DTAs establish how and which country would charge taxes for different types of income. For example, a specific DTA would state which region has taxing rights over an individual or business, and, in case of conflict, which country shall take precedence. The UK has a bilateral agreement with Hong Kong preventing double taxation on residents of one or both jurisdictions.

DTAs may also exempt some income or gains from tax or set-off tax payable in the other jurisdiction. One of the most common examples is related to employment income tax. A Hong Kong resident who generates income in Hong Kong is exempt from UK tax broadly if he/she has spent fewer than 183 in the UK in the relevant tax year.

The operation of Hong Kong’s DTA with the UK, and the complicated tax system in the UK, means that it is important to plan before becoming a resident.

A common method that Hong Kong residents use before they relocate to another country is to set up a Trust, which could be managed and controlled in Hong Kong (or in another finance centre).  In the case of a trust managed and controlled in Hong Kong, according to the Hong Kong DTA, the trustee would be treated as resident only in the place of effective management, and therefore the Trust would be subject only to Hong Kong tax if it is effectively managed in Hong Kong and to the extent it did not have any UK assets.  UK tax would then only be relevant on distributions to UK resident beneficiaries. and so tax can be managed.

It is important to highlight that the Trust is often discretionary in nature, meaning that the beneficiaries and/or their entitlements to the Trust fund are not fixed, but are determined at the discretion of the trustees, often by the criteria set out by the settlor in a separate Letter of Wishes. A Letter of Wishes is a non-binding legal documents to indicate the settlor/testator’s wishes and will act as a guide to the trustees in the exercise of their discretion.

Before settling in the UK and being part of its tax system, it is crucial that individuals understand the value of their worldwide assets and the importance of minimizing their value and ringfencing their exposure to UK tax, specifically UK inheritance tax. Inheritance tax is broadly payable by a person’s estate in the event of their demise at a rate of 40% over the nil rate band, the first £325,000 of their taxable estate which is subject to inheritance at a rate of 0%.  If assets are expected to exceed the nil rate band, outright gifts could be made pre-immigration, in order to reduce the overall value of the taxable estate However, individuals need to bear in mind that a gift of UK assets or to someone based in the UK could come with its own inheritance tax risk. If such gifts are substantial enough to increase the net worth of the recipient so that it exceeds the inheritance tax threshold amount, a Trust might be a more tax-efficient vehicle for gifting.

It could also be advantageous to speed up the realisation of income from assets before immigration and becoming UK resident, or even hold off on realizing losses until the individual is subject to UK tax. Any built-in gains that may exist in an equities-invested portfolio, for example, can be realised before immigrating. Local stocks or Unit Trusts can simply be sold and then repurchased to step up the basis of these investments. Non-UK taxpayers are not subject to UK capital gains tax on the sale of securities, while UK taxpayers will have to pay capital gains tax, so it is advisable to realize those gains to their greatest possible level before settling in the UK but advice is imperative to ensure the individual is treated as non-UK resident at the time the disposal is made.

Individuals should seek to ringfence their future income and capital gains tax exposure in the UK before moving to the UK.  This can be achieved by a combination of opting to pay UK tax on the remittance basis in the UK (as mentioned above) and segregating Hong Kong (and other non-UK) income and gains arising on the disposal of assets in the future into separate bank accounts from other capital.  This will ensure foreign source income and gains are not unintentionally brought into the UK only to be subject to UK tax.  this area of planning is complex and professional advice should be obtained as well as working with a bank that understands the remittance basis of taxation in the UK.

The benefit of investments in insurance policies

Pre-immigration planning solutions could also involve the use of life insurance, especially if there is a high savings component in the policy. The benefits of tax-free growth and distributions can be enjoyed by signing life insurance policies that are properly titled and funded.

An insurance policy could provide substantial income tax savings in this scenario, provided the assets in the policy are not be subject to income tax. A policy such as this, can be less expensive than a traditional life insurance policy (as the death benefit is typically smaller), but it can allow more investment options and the ability to access funds in a tax-efficient fashion. Any planning using this type of policy, should be done with an experienced cross-border insurance tax planner to ensure that all compliance requirements are being met in the UK, in order to reap the tax benefits. For example, ensuring that the death benefit within the policy is not included in the estate of the insured individual, it should be purchased and owned by an irrevocable life insurance Trust that is managed by an independent trustee.

Buying a property in the UK

Those arriving in the UK will need to choose whether to buy or rent a property.  They may rent but ultimately buy once they have decided on an area they would like to live.  The UK imposes a stamp duty land tax (“SDLT”) charge on the purchase of UK property, the rates of tax ranging from between 0% and 15%, depending on the value of the property and whether the buyer owns any other property anywhere else in the world.

Individuals thinking of selling up in Hong Kong and purchasing in the UK are encouraged to sell in advance of their arrival which will enable them to pay SDLT at a lower rate.  Until 31 March 2021 it is possible to buy a house in the UK without paying SDLT on the first £500,000 of the purchase price, a temporary measure introduced by the UK government intended to kick-start the housing market following the Covid-19 pandemic. Any amount in excess of £500,000 will be subject to SDLT at the usual rates.

With careful planning, it is possible to avoid unpleasant surprises from the UK tax law system, that could have a significant impact on family wealth. When considering a move to the UK, those with a certain level of assets should engage with competent, experienced financial and legal advisors who are familiar with UK tax law and can provide sound advice that help make the relocation process as smooth as possible.

The article has been co-written by our Matthew Braithwaite and Alfred Ip – Partner at Hugill & Ip.

For more detailed information about Immigration and Wealth Planning issues related to migration from Hong Kong to the UK, you can refer to Immigration to the UK: Preparatory Legal and Tax Steps. 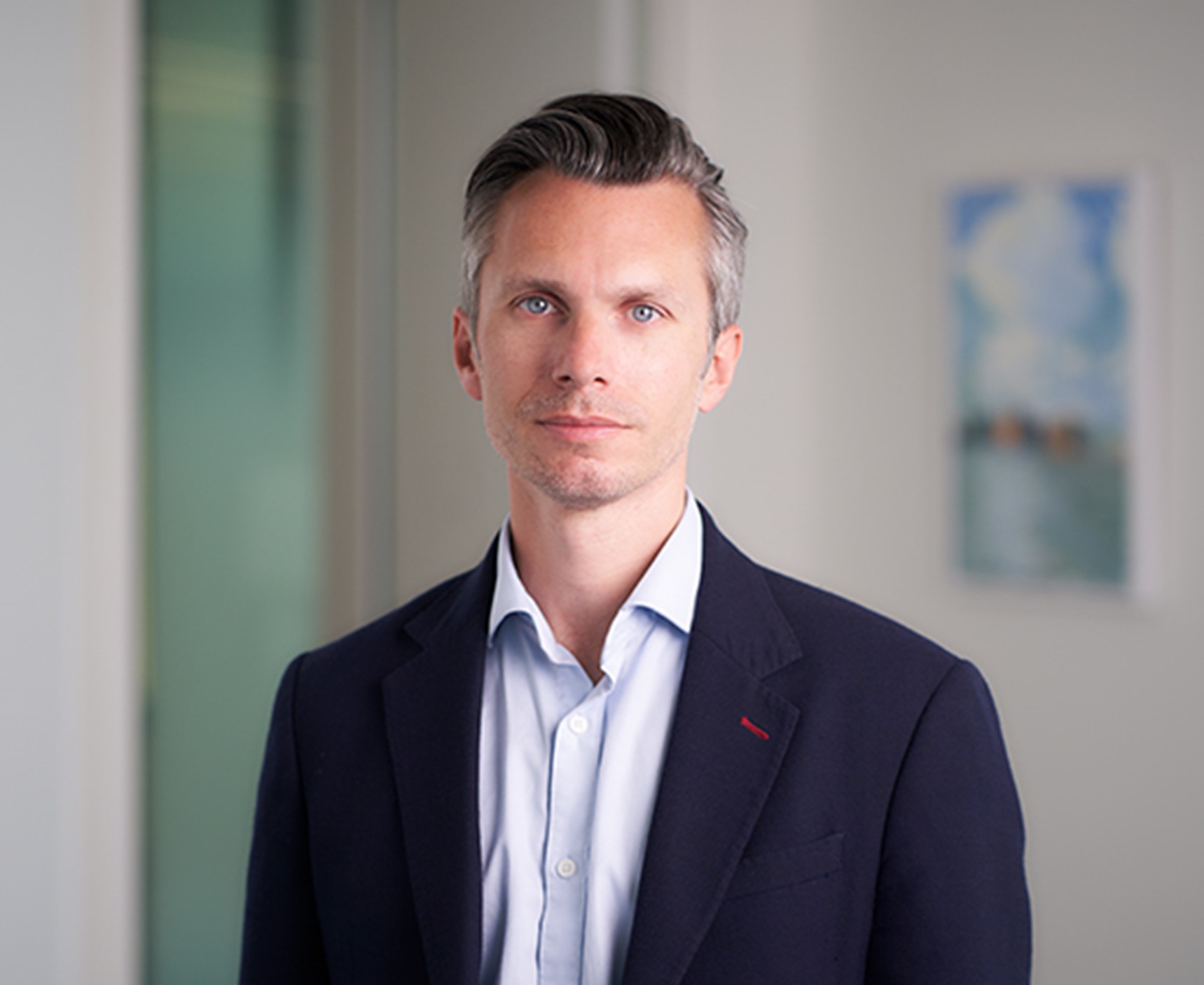