Remote witnessing of Wills – what could possibly go wrong?

The COVID-19 pandemic has highlighted issues with some of the more archaic parts of the law surrounding the creation of Wills. Section 9 of the Wills Act 1837 requires a Will to be signed “in the presence of two or more witnesses present at the same time”. This has understandably posed difficulties during the pandemic, particularly during the first period of lockdown (and the current lockdown) and in respect of those who have been shielding, or even admitted to hospital. Indeed, it is an unfortunate reality of the current situation that the most vulnerable people are the most in need of getting their affairs in order. In a bid to tackle this, the UK government has introduced temporary legislation to allow remote witnessing of Wills by video link.

The legislation (snappily named The Wills Act 1837 (Electronic Communications) (Amendment) (Coronavirus) Order 2020) was introduced on 28 September 2020, but with retrospective effect from 31 January 2020 and it is intended to remain in force for two years until 31 January.

The new legislation follows the position in many other countries including Scotland, Jersey, certain US States, most of Canada, Australia and Brazil. As such, section 9 of the Wills Act is temporarily amended so that in the “presence” of the Will maker (“the Testator”) or witness (as the case may be) now includes “presence by means of video conference or other visual transmission”.

The accompanying government guidance makes very clear that the existing requirement that the witnesses must have a “clear line of sight” of the Testator signing, who must in turn have a clear line of sight of the witnesses signing, still applies. If this is being done remotely, the actual signing of the Will (i.e. the page and the person’s hand) must be in shot and clearly visible on the video and this must be uninterrupted; for example, if the video freezes, you would have to start the whole process again.

The witnesses must then sign the same copy of the Will, again over video link with the Testator having a “clear line of sight” of the signing. This will involve the original signed Will being sent to the witnesses, with the government guidance recommending that this is done within 24 hours because “the longer this process takes, the greater the potential for problems to arise”. The Will is not valid until both witnesses have signed. Time is therefore of the essence, particularly in cases involving a vulnerable or elderly Testator.

In accordance with government guidance, the whole process should be recorded and the recording retained. This is not a requirement, however, nor do the witnesses need to see the complete Will before it is signed, only the front and signature pages. There is no guidance on what is meant by “front page”. For many Wills, there may be a cover sheet providing the name of the Testator and the drafter’s details, if relevant; would this be considered to be the “front page”? The page that we suspect is intended to be seen by the witnesses is the first page detailing the operative provisions of the Will, which would at least provide some evidence there is substance to the document being signed.

In any event, even having seen the Testator executing the document, it seems quite possible that the Testator’s signature might be forged on a second Will, which could then be posted to the witnesses for them to sign. This risk should, of course, be lessened if the Will is prepared by a professional Will drafter.

There is also the risk of the Testator signing one Will on video link in the virtual presence of the witnesses but being forced to sign a second Will off camera, which is then posted to the witnesses for their signature. Again, this should be less likely to happen if the Will is prepared by a professional Will drafter, although it would not be too difficult for a lay third party with access to a Word document in draft to make their own amendments (such as adding a pecuniary legacy to themselves). This situation is quite plausible if undue influence is being asserted. If the final signed Will is to be stored by the professional advisor then it should be cross-checked on receipt against the document sent out to the Testator.

The Testator might even give permission for the witnesses to be sent a copy of the final Will before it is signed, but query whether a Testator would grant permission if they are being unduly influenced by somebody else. The Will is a private document and should not be sent to the witnesses without
permission. Indeed, it is not at all usual for the witnesses to see a complete copy of the Will before signing (as they will now have the opportunity to do), which potentially raises its own difficulties around confidentiality and choice of witnesses. There is also the question of who else might be in the room with the Testator, but off camera, and this raises yet more concerns about undue influence. Ordinarily, you would at least have the two witnesses present who could attest to who else was there, if required. From an evidential perspective, if the validity of the Will was to be called into question, those witnesses would say that they had seen the Testator signing a Will, i.e. their evidence would go in favour of the validity of the Will. Those witnessing the Will are recommended to ask who else is in the room, though this is clearly not a fool proof method.

On top of this, if the Will signing is recorded, who is responsible for storing it? Who does the video belong to? How long should the video be stored for (particularly bearing in mind any data protection implications)? Can it be used in court without the witnesses’ permission? At the very least, the witnesses should be asked to provide their express agreement to being recorded, but what happens to that recording afterwards is not clear.

The legislation itself has done little to allay the concerns of practitioners about the potential for abuse. It is also easy to see how some of the technicalities (such as having a clear and uninterrupted line of sight of the signing itself) might not be adhered to and thereby undermine the effective execution of Wills remotely. It may be some years before we see an increase in contentious probate claims resulting from this temporary legislation, but we can expect to see cases where the process of remote witnessing has led to the validity of the Will being called into question. At a minimum, practitioners are recommended to keep a clear and detailed note of how a Will is signed and remotely witnessed, even if the procedure is being recorded.

This article was originally published by Title Research. Please see the link here. 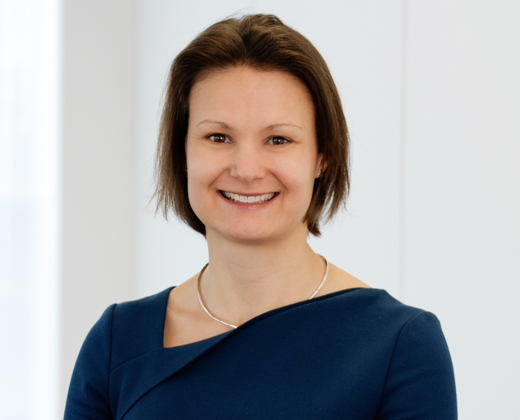