How to deal with uncertainty around employing EU nationals

Organisations employing EU nationals in the UK must tread carefully on the path to Brexit or face discrimination claims or reputational damage. Wedlake Bell’s Julia Jackson and Laura Conway offer tips on how to move forward

The triggering of art.50 on 29 March made the UK’s planned departure from the European Union clear to all. But the implications of the departure are far from clear, not least for EU nationals living in the UK and their current or prospective employers.

Patricia Connell, dual French and British citizen, elected delegate of the French Consul and UK resident for the last 30 years, has claimed that discrimination against EU nationals has already begun – with some prospective employers asking to see proof of permanent resident status or, if this is not available, offering only fixed-term employment contracts.

Here, we take a brief look at the position of EU nationals in the UK, their employment and protecting the employer.

The current position when employing EU nationals in the UK

The UK remains a full member of the EU until the art.50 negotiations have been concluded. All the rights and obligations of EU membership continue to apply until then and consequently EU nationals still have treaty rights to live and work in the UK.

EU nationals may apply for a qualifying person residence card or, if they have been resident for a period of five years, a permanent residence card. But there is no obligation to do so – the cards are only evidence of a right that is automatic, they do not confer any new rights.

Discrimination on grounds of nationality

The Equality Act 2010 prohibits discrimination on the grounds of nationality. Employees would have a claim for direct discrimination if they were treated less favourably based on the fact that they are an EU national. Being placed on a fixed-term contract, rather than a permanent contract, is likely to be less favourable treatment, as will a decision not to employ someone. A potential defence for such a claim is that the real reason for the treatment is immigration status (which is not a protected characteristic) rather than nationality. However, this argument may be difficult to win where the proposals for changing immigration status are still unclear.

EU citizens may also have an indirect discrimination claim if a business puts in place a policy that puts EU citizens at a particular disadvantage compared to non EU citizens. A policy whereby those without permanent residence are placed on fixed-term contracts is likely to be such a disadvantage. A defence will be available if the policy can be justified as being a proportionate means of achieving a legitimate aim.

It is difficult to see how the use of fixed-term contracts could fall within the “justification” defence. If an EU worker on a permanent contract can no longer be employed lawfully, then it will be fair to dismiss such an employee. Accordingly, the use of fixed-term contracts does not seem to be justifiable or proportionate, especially when the outcome of Brexit negotiations is unclear. Using them will not allow a business to duck the issue, as decisions will still need to be made about renewal of such contracts that could potentially be discriminatory.

Instead, employers could include in the contract the right to dismiss an employee without notice if they lose the right to work in the UK, with a corresponding obligation on the employee to keep the employer informed of any potential changes to their status.

Employers may want to review their equal opportunities policies to reduce the risk of any discrimination claims.

The Government has denied using EU workers as a bargaining chip, but has resisted cross-party urgings to take the higher ground and to guarantee EU nationals the right to stay, so as to put pressure on other EU member states to reciprocate and guarantee the rights of British nationals resident in other EU countries.

The negotiations will, therefore, be followed with a keen interest by all EU nationals living outside their home state as well as their employers.

Employers should be conscious of the anxiety that many EU nationals will be feeling as negotiations press ahead and be ready to reassure them of their status while the UK remains in the EU.

Our experience suggests that for many businesses the priority is to reassure EU workers that they have the support of their employer to avoid losing key staff.

Employees who have been working in the UK for a period of more than five years could be encouraged (but not required) to obtain a permanent resident card where possible or apply for a residence card in the meantime and some employers are helping to facilitate this by hosting advice sessions and bearing some of the cost.

Businesses should keep up to date with negotiations and may want to ensure that they understand the “sponsorship” and “resident labour market” tests, so as to be able to use these in the future should they become relevant.

Employers need to plan for the future by auditing their workforce, making contingency plans for any potential staffing shortage and budgeting for additional costs. Care also must be taken to ensure that any such planning does not expose the business to costly discrimination claims and potential damage to company reputation.

This article first appeared on PersonnelToday and is reproduced with their permission. www.personneltoday.com 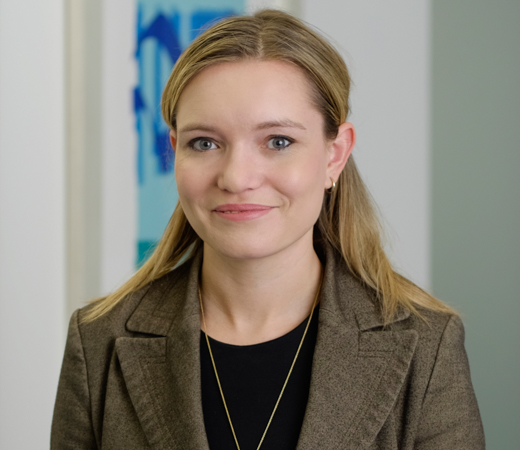