Heathfield International LLC is a Delaware corporation. Axiom Stone (London) Ltd is a dormant English company which formerly operated a solicitors’ practice under the trading name Quality Solicitors Axiom Stone. Heathfield is suing Axiom for £250,000 odd as assignee of the claims of Quantum Medical Ltd, which provided medical reports for use in the assessment of personal injury claims arising out of road traffic accidents. Axiom is defending the claim on the basis that it had never contracted with Quantum: the written contract relied on, it pleads, is fraudulent; what purports to be the signature of its director is, it claims, a forgery. The true position, it contends, was that Axiom had engaged an entity called Medecall to provide medical reports for its clients; Medecall would either provide the reports itself or obtain them from a third party such as Quantum. Thus, it was Medecall which would be liable to Quantum for its charges. The claim continues.

Axiom as defendant applied for security for costs, which was refused by HHJ Simon Barker QC, sitting as a High Court judge. He approached the claim with some scepticism, but equally  expressed doubts about the strength of the defence, concluding that the action was one of those cases that could go either way in the end. He seems to have undertaken a reality check on the whole basis of the case, as appears from the following paragraphs of his judgment cited by Nugee LJ in the Court of Appeal:

“14. What is really surprising is that [Axiom], which is being sued, is a dormant company with negligible assets, which has filed non-trading accounts [and] is being pursued for a reasonably substantial sum of money.

15. That raises two questions: how is [Axiom] funding its defence which is being advanced strongly and are the costs [those of Axiom] actually being incurred?  [Counsel for Axiom’s] answer, rightly, [is that] the costs are its costs as the solicitors for [Axiom] have said that the costs are those it needs to pay. Who is getting the benefit of the security if it is to be given?

16. Looking at whether security should be given, it is not [Axiom] who on the face of it is funding its defence.”

Admitting that he did not have an adequate understanding of the funding of the litigation, and finding it “baffling…why, on the one hand, [Axiom], not having any assets and which is not trading, why a company with no assets should bother defending at all,” HHJ Barker declined to make an order for security for costs at the stage the case was before him, and refused permission to appeal. (He reserved the position as to any future application for security.) Limited permission was, however, later given, resulting in a judgment of the Court of Appeal (Heathfield International LLC v Axiom Stone (London) Ltd & Anor [2021] EWCA Civ 1242).

The proposition put to the Court of Appeal was that the appeal raised a point of general importance, since HHJ Barker’s judgment was now, the appellants said, High Court authority for the proposition that a defendant who could not afford to fund his own defence could be refused security on that ground alone. Nugee LJ disagreed: “I read [the] Judgment as firmly grounded in the particular features of this case.” Nugee LJ thought there were a number of factors that justified the judge’s decision.

The case is unusual, and one can only guess at what the reality is (if any) behind the litigation. It is, however, a reminder of the fact that the making of an order for security for costs always involves the exercise of a discretion which is exercised in accordance with well established principles, but those do include having regard to “all the circumstances of the case.” 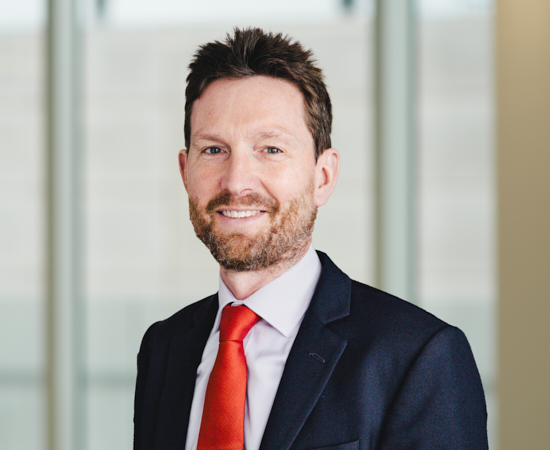