Doran v County Rentals Ltd (t/a Hunters) [2021] EWHC 3372 (Ch) is a reserved judgment of HHJ Cadwallader, sitting as a High Court judge, on a rare, indeed possibly so far the only, appeal against a decision at a preliminary hearing of a winding up petition to consider the coronavirus test; in this case it had resulted in a decision by the district judge to dismiss the winding up petition presented against the company on the basis that it was not likely, in his view, that the court would be able to make an order under section 122(1)(f) Insolvency Act 1986 having regard to the coronavirus test. (The district judge had, however, declined to dismiss the petition on the merits.)

The company operated a franchise of Hunters estate agency. The petitioners owned four properties in Wallasey, Merseyside, In or about 2009 the company and the petitioners had agreed that the former would collect the rents for the properties and pay them (after deductions) to the petitioners. From about 2013 the company had started paying most, but not all, of the rent into a Barclays bank account. Some years later the petitioner complained that that account was not recognised and demanded payment of £60,000 said to be due. The company contended that it must have used the Barclays account because it was instructed to do so. It accordingly disputed the debt.

and Governance Act 2020 the company was insolvent and unable to pay its debts, and that it had reasonable grounds for believing that coronavirus had not had a financial effect on the company so it  would have been insolvent in any event.

The district judge had noted what he described as “a strangeness” to the petition in that the petitioner appeared not to have questioned the missing payments for six years. Whilst he recognised that the petition gave rise to questions, he did not, however, feel able to dismiss it on its merits at the preliminary hearing.

On the coronavirus test, he said:

“The fact that the Company seems to have been paying rents into the Barclays account suggests they were able to pay debts as they fell due up to and including the commencement of the coronavirus pandemic. I ask myself the question, would they be unable to pay their debts without the covid pandemic? There is no evidence that is the case. Before the pandemic they were paying their debts – albeit paying into the Barclays Bank account. […] On that basis I will dismiss the Petition.”

The district judge, on the appeal, offered some interesting observations about the interaction between Sch 10 CIGA and the related Practice Direction:

“37. A question raised before me, however, was whether the effect of CIGA and the Practice Direction was that the coronavirus test itself actually involved consideration of whether the grounds of the petition are likely to be made out. In my judgment, it did not. CIGA requires the Court to make a determination whether it is likely that the court will be able to make an order under s.122(1)(f) or 122(5)(b) of the 1986 Act before any notice, publication or advertisement of the petition – without which a petition cannot ordinarily proceed. In context, that means ‘likely given the restrictions on winding-up petitions for which Sch.10 provides’. The gloss on the statute provided by the Practice Direction is therefore not inaccurate.

38. The restrictions in question are those for which para.5 of that Schedule provides. Under that paragraph an order may be if the court is satisfied that the relevant ground would apply even if coronavirus had not had a financial effect on the company. As a matter of construction, the words ‘even if’ direct the Court to the financial effect of coronavirus, not to the applicability of the relevant ground. The question is the effect of coronavirus on the company. The court is to assume that the ground applies, rather than determining whether it is likely to apply or not, when considering whether, on the assumption that it does apply, it would have applied even without the effect of coronavirus. That may involve some mental gymnastics in at least some cases, but the practical difficulty would be mitigated by the ability of the court as a matter of case management to consider whether the petition ought to be struck out on other grounds in any event, though for that purpose the test is not mere likelihood (or unlikelihood).

39. I am reinforced in my view by that last consideration. It is, in my judgment, unlikely that Parliament would have intended to raise the threshold for petitions on grounds unrelated to coronavirus. That would have required clear words to that effect, which are not to be found in the para.5. of Schedule 10.

40. In his submissions to the contrary, counsel for the Company relied on his own decision as a Deputy ICC Judge in PGH Investments Ltd v Ewing [2021] EWHC 533 (Ch). That was primarily an application by a company to dismiss a winding- up petition against it or, alternatively, to restrain the respondent from advertising the petition. Obiter, the Court concluded in that case that the debtor company had not established a prima facie case that coronavirus had had a financial effect on it at all: by contrast, the petitioners conceded that point in the present case. in that case, while addressing the question whether an application to strike out the petition or have it summarily dismissed was premature and pointless, he stated (paragraph 34):

‘Moreover, as the court will necessarily have to consider any alleged dispute with the petition debt at the preliminary hearing listed in accordance with the CIGA PD in order to determine whether it is likely that it will be able to make an order under s.122(1)(f) of the 1986 Act, a company may simply wait until that hearing to determine the issue.’

However, the question appears not to have been fully argued, and the Court turned to consider the merits. The case was referred to with approval in re a Company [2021] EWHC 2289, but this point was not considered. I therefore regard myself as at liberty to form my own view and respectfully to come to a different conclusion. I do not regard it as the case that the Court would necessarily have to consider any alleged dispute with the petition debt at the preliminary hearing for the reasons I have already given.

The petitioner’s appeal against the district judge’s decision was unsuccessful. The judge said:

“ 47. There was ample reason for the Court to conclude that it was not likely to be able to make a winding up order because even if the Company was now unable to pay its debts as they fell due, the Court would not be likely to be satisfied that the Company would have been so unable even if coronavirus had not had a financial effect on it. The petitioners relied solely on the fact that the rental income allegedly not paid to them had fallen due for payment before the pandemic started and, as already indicated, this was far from sufficient to discharge the burden upon them for the reasons I have already given.”

The appeal was therefore dismissed. 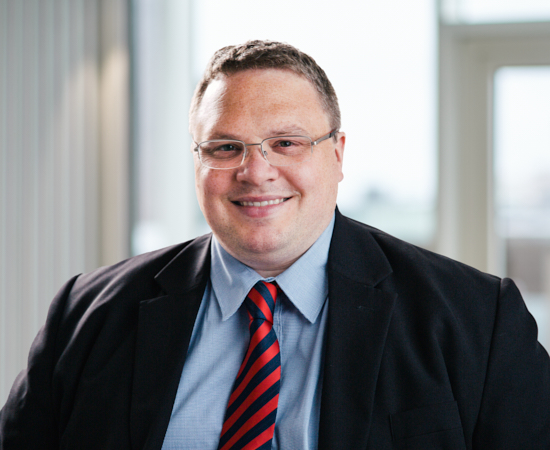