COVID-19 – LEASES AND THE LAW OF FRUSTRATION AND FORCE MAJEURE

As the COVID pandemic intensifies and the economic ramifications loom large, it is virtually certain that all businesses will experience significant disruption bringing with it the strong possibility of increased legal implications.

In particular, tenants of premises who have not been able to use them during the period of the pandemic will be looking to see whether there are any remedies they can use to escape liability under their lease.

As a result of these Regulations:-

Can a tenant escape liability under a lease or seek suspension of its obligations?

Sadly for tenants, English law offers a very limited range of remedies for avoiding  contractual obligations where a contract becomes difficult or impossible to perform. Only two such remedies are practically available (1) the doctrine of frustration; and (2) the presence of a force majeure clause:-

At common law the doctrine of frustration will operate to terminate a contract automatically when a supervening event occurs which is (i) unexpected; (ii) beyond the control of the parties; and (iii) makes performance impossible, or renders the relevant obligations radically different from those contemplated by the parties at the time of contracting.

The significant feature of the effect of frustration is to “kill” the contract and discharge the parties from all further liability under it.  It brings an end to the contract immediately, without anything further, such that no act of the parties is required to terminate it.  As a result, it is not lightly invoked and is bound to be kept within very narrow limits.

Two well known cases demonstrate the Court’s approach to the law of frustration.

In this case Henry agreed to rent a flat in Pall Mall from Krell for the purpose of watching the coronation procession of Edward VII scheduled for 26 and 27 June.  When the procession was cancelled Henry claimed frustration of the contract.  The Court agreed saying there was an implied condition that the reason for the contract was to watch the procession.

Contrast this with the next case.

The question here was whether a 10 year lease of a warehouse had been frustrated by the closure, 5 years into the term and for a period of 20 months, of the road giving access to the property.

The Court held that expense and inconvenience were insufficient to amount to frustration.  The interruption of 20 months in a 10 year lease was not significant enough to destroy the entire contract and, therefore, Panalpina were obliged to pay rent for the full term.

However, the House of Lords in this case did acknowledge that frustration could be applied to leases but only in rare cases.

Landlords: will take much comfort from the judgments of the Courts in the various cases on frustration.  There is clearly a very high bar to reach to successfully claim frustration of a lease.

Tenants: will be able to see from existing case law that claiming frustration of a lease will be an extremely difficult task.  That being said, if the lockdown period continues for an extended period of time and we reach a point where tenants have had significant portions of their tenancy rendered obsolete by government regulations and, for example, their tenancy has only just commenced and is for a short term and the tenant has been deprived of the whole or substantially the whole of the benefit of the lease, then we will be in uncharted territory.

In some legal systems “force majeure” is a general legal concept where a court may declare that a particular event, such as the COVID-19 pandemic, is a force majeure event allowing a counterparty relief from its obligations.

However, in English and Scottish law, force majeure is a creature of contract and not of the general common law.  It is extremely rare to find a “force majeure” clause in English leases, even more unusual is one that would stipulate a global health emergency as a “qualifying event” to trigger the effect of the provisions.

This is, therefore, most unlikely to be a concept which will help any tenant.

From the above it will be seen that English law is most unlikely to give assistance to tenants trying to escape liability under a lease. It will mainly be down to the negotiating skills of the tenant to reach some satisfactory accommodation with its landlord on the suspension of its liabilities and/or, if the tenant has such insurance, making a claim under its business interruption policy.

For new leases, though, tenants will clearly all now be seeking to negotiate force majeure provisions to provide themselves with relief from paying rent and other liabilities during any period during which they are prevented from occupying their premises. 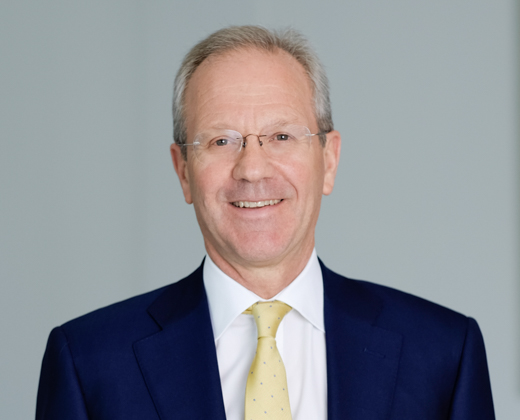