Court rules Uber drivers are workers: Have you reviewed the employment status of all of your UK staff?

The Uber case has hit the headlines because of the high profile name involved, but it is also a timely reminder to employers that they must take care when attempting to set up a contractor/self-employed status.

The case concerns a challenge by a number of Uber drivers (both current and former) about their working status: they brought claims alleging their true status to be that of an employee or worker, and that they were owed outstanding holiday leave and payments in respect of the national minimum wage. Interestingly, Uber based its defence on the fact that the contractual documents made it very clear it was simply a “technology platform” that facilitated a transaction between the taxi driver and the customer i.e. it only really operates the Uber App; it further sought to adduce factual evidence to support this (largely based on the evidence of its senior HR Manager in the UK).

The Court in this case undertook a very careful analysis of the law and provided a detailed judgment, probably because of the implications of the case – Uber “engage” some 30,000 taxi drivers in the UK: the decision therefore would have a significant impact on Uber’s business and the taxi drivers.

Those of you who are familiar with this area, will know that the case law has been inconsistent over the years, but ultimately that it is always a factual test and unless the facts clearly point in one direction, an employer takes a risk that a decision can go either way. In this case, the Court undertook a review of the authorities and re-confirmed the approach of looking at the facts, but it also put a great deal of emphasis on taking a step back and looking at the situation in reality: is it really one of a contractor “carrying on a business of their own” i.e. who operate independently, market their own business, take other jobs or instructions, possibly employ others, and really do have a right to reject work when it is given to them.

In order for the taxi drivers to establish an employee or worker status, they had to satisfy the legal test, namely that they have entered into a contract which is either (a) a contract of employment or (b) any other contract whereby the individual undertakes to perform personally the work or services for another party…”

Uber presented the following arguments as to why the relationship was one of a self-employed/contractor status: Uber drivers are never under any obligation to switch on their App (i.e. to accept work – Uber placed great emphasis on this); the contractual documents clearly state that it is a contractor relationship; there was no over-arching ‘umbrella’ contract; the drivers supply their own vehicles – although Uber publishes a list of makes and models they will accept, including a preference for the colours black or silver; the drivers are responsible for all costs incidental to owning and running the vehicle, including fuel, repairs, maintenance, MOT inspections, road tax and insurance; the drivers use their own smartphones or have the option of hiring one from Uber at their own expense; the drivers must fund their own “private hire” licences; the drivers are free to elect which Uber products to operate; the drivers are responsible for their own tax affairs; and the drivers are not required to wear a uniform or display Uber branding on their cars.

Whilst the above may look quite convincingly towards a self-employed status, there were also many factors in favour of an employment/worker relationship and it was ultimately these factors that swayed the opinion of the Court: Uber interviews and recruits the drivers; Uber controls key information on the customer and excludes drivers from it; once logged on, drivers are forced to accept trips – there is no choice and those with a certain number of declines are forced off the App; Uber sets the route; Uber fixes the fare – the driver cannot negotiate it; Uber imposed numerous conditions from choice of vehicle to use of the App; Uber exercised control over how to do the work, as well as degree of performance management through customer feedback and ratings; Uber accepts certain losses in fares; and Uber handles all complaints.

Having reviewed the facts and taken a look at the relationship as a whole, the Court ultimately found that it was clearly much more than a self-employed/contractor status; that it was not enough to be an employment relationship; but that the facts did point towards a worker status.  The reasons for its decision were that the factors in favour of a worker status were sufficient to outweigh those against it, but mainly because they were inconsistent with a person who was carrying on a business of their own. It was very difficult to accept that a person can be a contractor when they have no say over who the customer is; no record of the customer; no say in the price; no control over the work and so on. The Court further held that drivers are only “working” when they have switched on the Uber App and are within the geographical area to which they are assigned.

The judgment was very scathing about Uber in many places, in particular its attempt to suggest that it is was simply an IT Technology Platform, to which one of the Court’s comments were:

“The notion that Uber in London is a mosaic of 30,000 small businesses linked by a common ‘platform’ (IT Platform) is to our minds, frankly ridiculous.”

The Court said that Uber were clearly in the transportation business, specifically the business of taxi services. Interestingly the Court pointed out that it was entirely possible for Uber  to operate a model whereby the taxi drivers are truly contractors (presumably if Uber had eliminated most of the above factors in favour of a worker status), but that it did not choose to do so. The decision will have major implications for Uber, as well as be very costly. Although it may well appeal the decision (this is not yet clear), based on the current ruling, Uber will now need to decide if it is willing to change the arrangements and have much less control over its drivers and allow them greater control and direct contact with customers; or to simply accept a worker status because the branding and control issues are more important. Watch this space! We have not heard the last of this case. 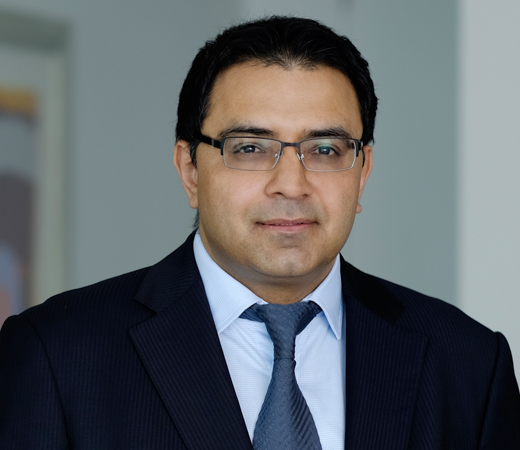