In the case of McMillan v Airedale NHS Foundation Trust (“McMillan”) the Court of Appeal has upheld a permanent injunction preventing an employer from increasing the disciplinary sanction it gave an employee who had appealed.[1]

Miss McMillan was a doctor employed by the Airedale NHS Foundation Trust (“the Trust”).   Allegations of misconduct were made against Miss McMillan in 2011, subsequent to which disciplinary proceedings were commenced against her. The Trust issued her with a final written warning.

Miss McMillan’s employment was covered by a contractual disciplinary policy. That policy provided her with the right to appeal the Trust’s decision.  She did appeal and on the same evidence an appeal panel upheld the allegations. The panel told Ms McMillan that it would consider separately what disciplinary sanction should be applied to her, the implication being that the panel was contemplating upgrading her final written warning to a dismissal.  Ms McMillan sought – and obtained – a permanent injunction from the High Court stopping the Trust from increasing her sanction.

The Trust appealed.  The Court of Appeal dismissed the appeal and upheld the permanent injunction.  While Underhill LJ suggested that an employer could contractually reserve the right to increase the punishment on appeal, the Trust’s contractual disciplinary policy had not done so. The Court rejected the Trust’s argument that silence in the contractual policy could be interpreted as giving the employer and employee the ability to agree on a more severe punishment on appeal, failing which a lack of agreement could allow the employer to unilaterally impose such a right of increase. In the circumstances, an increased sanction  on appeal would amount to a breach of contract by the Trust.

Further, the Trust’s disciplinary policy only gave the right of appeal to the employee. The policy wasn’t drafted so as to leave all options open, or so as to give the Trust a chance to ‘put right’ an initial disciplinary sanction that its appeal panel felt was too lenient. This appeal was designed for the employee’s benefit, and the Trust could not have reconsidered the initial punishment had Miss McMillan decided not to appeal at all.  Another factor was that the Trust’s policy gave employees no further right of appeal. This meant that an employee who appealed against a final written warning could perversely find themselves unable to challenge an appeal panel’s decision to upgrade the punishment to dismissal.  The net result of both the above scenarios is that employees would be discouraged from exercising their statutory right to appeal against disciplinary sanctions.

So how can employers give themselves maximum flexibility while minimising risk of unfair dismissal claims?  For those with existing contractual disciplinary policies, the safest approach to an appeal is to uphold the original sanction if upholding the original outcome. However, there is something for all employers to take from this case, irrespective of whether or not their disciplinary policies are contractual. When drafting a new disciplinary policy consider expressly reserving the right to increase disciplinary sanctions on appeal, particularly should new information come to light in the appeal hearing. If the policy is a non-contractual one, as many in the private sector are,  consider specifically making the employer’s right to increase sanctions on appeal contractual to give it more weight in light of McMillan.  The same should be done for any right to demote an employee or withhold bonus. While reserving such a right runs contrary to the ACAS Guidance (which is not statutory), Underhill LJ’s comments in McMillan suggest that contractually reserving the right will justify increased sanctions, provided of course that the decision to increase is a reasonable one rather than simply vindictive.

With an eye on minimising exposure to unfair dismissal claims, it may be wise for employers reserving the right to increase punishments to also incorporate into written policies a fresh right of appeal for employees in the event that penalties are indeed upgraded. Employers who are unwilling to let disciplinary proceedings reach a third hearing should consider whether the sanction really needs to be increased at all: while prolonging the process is unattractive, doing so may help put employers in a stronger position to defend subsequent unfair dismissal claims. 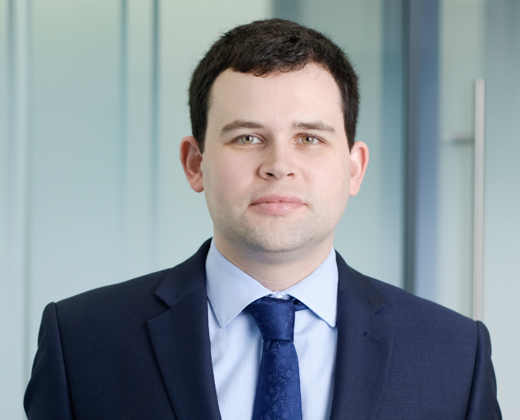