The court in this decision had to consider an application for permission to bring a claim against the Official Receiver alleging that a property had been sold at an undervalue. Under section 304 Insolvency Act 1986, permission of the court is required to bring such a claim. At first instance the District Judge refused that permission. The bankrupt appealed.

The property concerned had been purchased in 1994 for £15,000 in the bankrupt’s sole name. A declaration of trust was also entered into in 1994 to the effect that the bankrupt held the property on trust for himself and his parents.

A bankruptcy order was made in 1997. At public examinations held in that year, the bankrupt revealed the existence of the trust in connection with this property.

A trustee in bankruptcy was appointed in 1998 and had been released in 2000. It was not clear if the trustee knew about this property or the declaration of trust.

The bankrupt was discharged from bankruptcy in 2006 after a lengthy suspension.

In 2013, a third party approached the Official Receiver asking to purchase the property. The OR believed the bankruptcy file had by now been destroyed. The former trustee had no records but believed that he had not dealt with this land. The OR wrote to the solicitor who had previously acted for the bankrupt but received no response. The OR did not write to either the bankrupt or his parents.

Two independent valuations were provided by the intended purchaser at the request of the OR. The land was said to be in a sorry state and a purchase price of £20,000 was agreed. The sale completed in July 2014. Five years later, the purchaser sold the property for £175,000.

The bankrupt sought an order for permission to bring a claim against the OR for breach of duty of care to him in selling the property at an undervalue. At the initial application before the District Judge, this had been put on the basis that the bankrupt owned both the legal and beneficial interest in the property.

Between the hearing of that application and the giving of judgment, the OR had located the bankruptcy file from storage which revealed the details of the 1997 public examination and the declaration of trust. This was dealt with by further evidence submission by both parties.

At first instance the judge considered that the bankrupt had to show that there was a meritorious case which would bring a benefit to the estate. The conclusion reached was that, although the land had been sold for a significant increase in price five years after acquisition, the bankrupt had not shown that the OR had breached the standards of the reasonable and skillful insolvency practitioner. The OR had taken proper steps to obtain a reasonable price for what was considered an estate asset.

The appeal against this decision was based on an assertion that the court had misdirected itself as to the level of skill and care required of the OR and that the court, having been made aware of the existence of the declaration of trust and other relevant factors concerning the property, ought to have concluded that the OR had failed to deal adequately with the property in terms of giving notice to the bankrupt and his parents.

The appeal judge made initial comments that it was difficult to reconcile the first instance conclusion that the OR ought to have been aware of the existence of the declaration of trust and a planning permission relevant to the property with a finding that there had been no breach of duty on the part of the OR in selling the property.

There were further issues concerning whether there was any benefit to the estate in bring the action, the fact that the bankrupt was only a one-third beneficial owner of the property, whether the parents’ claims were statute-barred, whether an appeal out of time was to be allowed but all those issues were dealt with by the court against the OR.

The key to the decision was rendered in paragraph 44 of the judgment in which it was stated that the OR had in her possession the bankruptcy file and had she appreciated that fact, she would have known that the legal interest in the property did not vest in her and she had no power to convey legal title and an order for sale would have been required. The reasons why the OR had not inspected the bankruptcy file had not been fully explained. These factors led the judge to state, “At this stage I cannot conclude that the OR will show that she has acted honestly and reasonably and ought fairly to be excused or that she had reasonable grounds for believing that she was entitled to dispose of the property or that she did so without negligence”.

Permission was given for the claim against the OR under section 304 to proceed.

The case illustrates the danger perhaps of realising an asset in an historic bankruptcy without having full knowledge of that asset. It could be said that, in making enquiries of the former solicitor for the bankrupt and the former trustee, the OR had taken reasonable steps to ascertain the status of the property. However, having received no response from the solicitors and the former trustee having no real knowledge of the property, it would surely have been prudent to contact the bankrupt. In the case, a point was made that the bankrupt had not raised the declaration of trust point himself. Had he been contacted by the OR, would he have stayed silent on the trust point? If so, the OR might have been in a better position.

The fatal point was that the OR did have the file and a reading of that would have shown that there was no power to sell this property unless a court order for sale was obtained or the declaration of trust was itself challenged. However, limitation periods would have expired to enable the declaration to be set aside.

As all cases turn on their facts and we have the situation of an unknowingly, available file which revealed the true position, it could be thought that the decision has little wider relevance. However, it is submitted that conclusion would be incorrect as it is unwise to deal with any asset without ensuring that full enquiries are made to ascertain the bankruptcy estate interest in this property and whether there are any competing interests not revealed at Land Registry. Those enquiries must inevitably involve raising questions of the bankrupt. Had the OR done so in this case and the bankrupt had not mentioned the declaration of trust, that might have assisted. 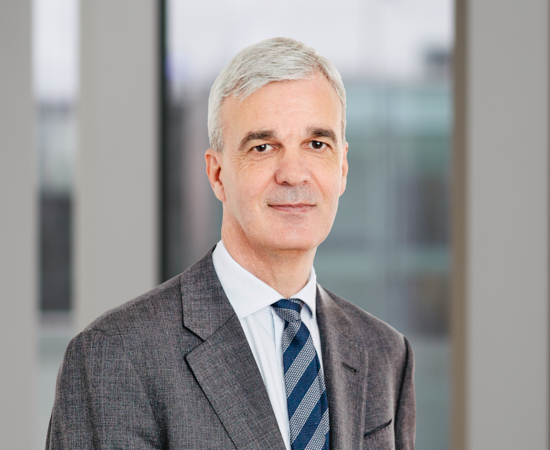