A trust in Islamic law is known as “Waqf”. Literally, “Waqf ” means to stop, contain or to preserve and is a voluntary, permanent, irrevocable dedication of one’s wealth to Allah.

According to some Islamic scholars, for a Waqf to be valid, it should be settled for a “pious purpose” (“Ala birr”). A “pious purpose” has been defined as anything that is good and pleases Allah and this would include charity. Under Islamic law, providing for one’s family is an act of charity which means that a Waqf for family members (a “Waqf Ahli”) is permitted. Taking financial help from others is not recommended in Islam so a Waqf Ahli endeavours to prevent the descendants from becoming needy of others, thus eliminating poverty and need at root. It is also possible to have a charitable form of Waqf known as “Waqf Khayri” which benefits avenues of public welfare and particular segments of society.

It is obligatory to act in accordance with the wishes of the Waqif (the settlor) as long as it does not go against Shariah law, but if the Waqif does not specify any conditions, then beneficiaries should be treated equally. So, if a Waqf is set up for the Waqif ’s children, then males and females should be treated equally when given benefits (assuming there are no contrary conditions in the Waqf document). After the Waqif ’s own children, the Waqf should pass to the children of his sons and not to the children of his daughters because, according to some scholars, the respective children are treated as belonging to their father in accordance with the Quranic verse (4:11) dealing with the distribution of inheritance. If the Waqif does not specify a person to be in charge of the Waqf (such as a trustee), then the beneficiaries should take charge.

It is possible to have a standard UK trust that qualifies as a Shariah compliant Waqf. However, the trust deed would need to be adjusted in some respects. One example is the investment powers (which should permit only Shariah compliant investments). Another example is the succession provisions as explained above. Furthermore, some scholars believe that on termination of the Waqf, the assets should continue to be held for a charitable purpose (although Islamic schools of thought differ on this).

A Waqf can also be included in a person’s Will. However, the assets should be (no more than) one-third of the Waqif’s wealth, because this is the portion of the estate that can be freely dealt with under the Shariah law of Wills.

Wedlake Bell cannot advise on Shariah law, but we can prepare a Shariah compliant UK trust or Will, working with our Shariah law contacts where advice is required.
SHAFAQ 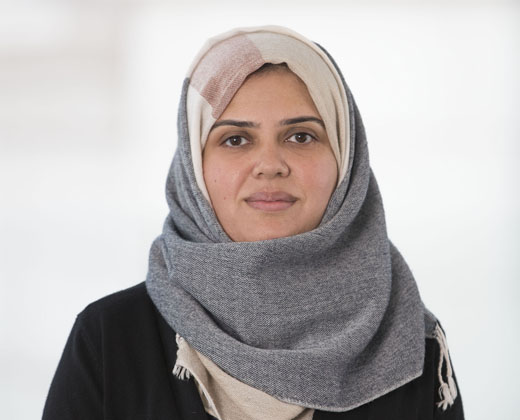