The application in Re Smile Telecoms Holdings Ltd [2022] EWHC 740 (Ch) deals with a number of questions: what constitutes a “compromise or arrangement” for the purpose of Part 26A Companies Act 2006; the effect of an order made at the convening stage under section 901C(4) of the Act that classes of creditors who have no genuine economic interest in a company plan need not be summoned to meetings to consider the plan; and how the court should exercise its jurisdiction to sanction a restructuring plan for a foreign company that applies to its members as well as its creditors.

The Smile group of companies provides internet and telecommunications services in Africa. In 2016 the business had begun to experience difficulties, as a result of which it applied for an order under s 901C Companies Act 2006 for permission to convene a meeting of creditors for the purpose of considering and approving a restructuring plan. In broad terms, the restructuring plan provided for additional funding to allow the company to avoid going into administration and the restructuring of its indebtedness with a view to its disposing of its assets and those of its subsidiaries on a solvent basis. The plan was successful, but only up to a point. A further plan was proposed. A meeting was again convened, the plan approved, and it was sanctioned by Snowden LJ, sitting (despite his elevation to the Court of Appeal) as a first instance judge of the High Court, on 10 March 2022.

In an earlier judgment, Miles J had already found that the plan had been, as required, a compromise or arrangement, the purpose of which had been to eliminate, reduce or prevent, or mitigate the effect of the group’s financial difficulties, but Snowden LJ was not wholly convinced by his reasons for doing so. The root of the problem in the case was whether the conventional “give and take” test had been satisfied or whether certain parties were simply having their rights expropriated without getting anything in return. Snowden LJ noted the broad interpretation given to the phrase “compromise or arrangement,” but it was also clear, he said, that it could not take the form of a surrender or expropriation of rights of some creditors or members without compensating advantages: see NFU Development Trust Limited and Re Savoy Hotel Ltd, the principles of which applied equally to the requirement in section 901A of The Companies Act 2006 (as held in Re Gategroup Guarantee Limited). In spite of certain unfortunate wording in the documentation, he found that even small payments of a share of US$10,000 to certain kinds of creditors was sufficient to prevent the plan from being an expropriation of their rights without compensating advantage, so the statutory requirement was satisfied.

On the second issue, Snowden LJ followed Miles J, agreeing that that creditors who had no genuine economic interest in a restructuring plan need not be summoned to meetings to consider the plan.

The question that next arose was whether it was appropriate for the English court to sanction a plan that would lead to the alteration of the constitution and share capital of an overseas company.

In that respect, in Re Drax Lawrence Collins J had said that it was not easy to conceive of circumstances in which the English court would think it appropriate to exercise its discretion to sanction a standalone English scheme which involved such alterations because companies were creatures of the particular legal system under which they were incorporated and registered, and alterations to their constitution and share capital must essentially be a matter for that legal system. Snowden LJ said,

“I would… accept that if, in addition to altering the constitution and share capital of a foreign company, it was necessary to alter ancillary rights under a shareholders’ agreement governed by English law, then it might well be appropriate to promote parallel schemes in England and in the place of incorporation of the company. The English scheme would be designed to achieve an effective compromise of the contractual rights governed by English law, and the scheme in the place of incorporation would achieve an effective alteration of the constitution and capital structure of the overseas company: see e.g. Re West African Gas Pipeline Company [2021] EWHC 3360 (Ch).”

A similar logic must, he said, also apply to a restructuring scheme or plan for an overseas company in financial difficulty in which it is sought to compromise or capitalise debts governed by English law, and to alter the constitution or share capital of the company. The novel issue that arises in this case was, however, that there was no parallel scheme or plan for the company. The question was, then, whether that ought, as a matter of principle, to cause the court to decline to exercise its jurisdiction to sanction the plan.

“The essential reason is that, as Lawrence Collins J noted in paragraph 30 of Re Drax, the use of a parallel scheme or plan is an aspect of ensuring the international effectiveness of the English restructuring proceedings, rather than a strict legal requirement under the Act. Accordingly, if the court can be satisfied on evidence that the necessary alterations to the constitution and share capital of an overseas company can be satisfactorily achieved in the overseas jurisdiction by an alternative process that is compliant with local laws and acceptable to the local courts without any need for a parallel scheme or plan, then the absence of such a parallel proceeding should not deter the English court from sanctioning the plan.”

Another issue arose as a result of reservations on the part of a creditor, Afrexibank. Afrexibank did not, however, appear to oppose the sanctioning of the scheme, preferring to rely on written representations which the judge largely rejected. He was critical of Afrexibank’s conduct:

“[I]f a creditor or member wishes to oppose a scheme or plan based upon a contention that the company’s valuation evidence as to the outcome for creditors or members in the relevant alternative is wrong, they must stop shouting from the spectators’ seats and step up to the plate. The creditor or member should obtain any financial information from the company that may be required, either on a voluntary basis or by making a timely disclosure application; file expert evidence of its own, instruct the expert to engage in the production of a joint report in the normal manner, and tender the expert for cross-examination. They should also attend the hearing and address argument for the assistance of the court at the appropriate stage in the process at which the point is to be determined. In the case of a restructuring plan where an order is sought under section 901C(4), that will be at the convening stage. In a case where the power under section 901G is sought to be used, that will be at the sanction hearing.”

The restructuring plan was duly sanctioned. 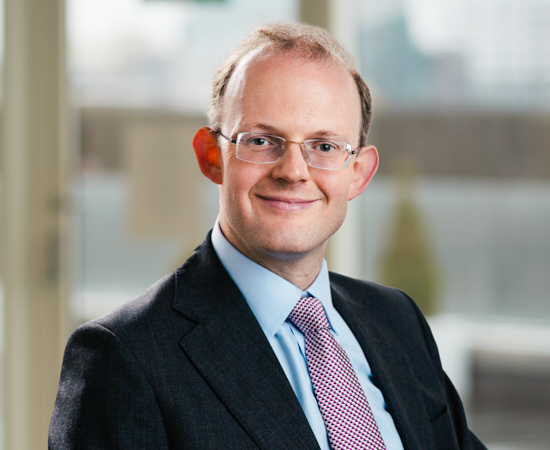