SECURITY OF TENURE RESTORED, BUT AT THE EXPENSE OF LANDLORDS’ FREEDOM TO DEVELOP?

By way of brief background, the case concerned a redevelopment scheme in the Cavendish Hotel, Westminster. The tenant ran a textile dealership at the ground floor and basement premises. Section 26 notices requesting new leases were served by the tenant, S. Franses, upon the landlord, The Cavendish Hotel Ltd, requesting new leases. The landlord served counter-notices opposing the tenant’s applications on the basis of s.30(1)(f) Landlord and Tenant Act 1954; that the landlord required possession for substantial internal development works, bringing their leases to an end.

The issue with the development scheme planned by the landlord was that, whilst stopping short of being entirely fictional, it was completely contrived by the landlord together with its solicitors with the sole aim of opposing the tenant’s applications for new leases under ground (f), rather than genuinely planning improvements. The purported works involved lowering the floor of part of the demised premises as well as repositioning an internal wall and smoke vents and provided no practical or economic benefit to the landlord, save for the fact it could use them as a tool to oppose the tenant’s renewal. The landlord even openly confirmed during cross examination that if the tenant left voluntarily, the works would not be carried out!

Nevertheless, the High Court found in the landlord’s favour, upholding their refusal for new leases.

The High Court decision was widely regarded as a controversial decision, particularly due to the reason that it was seen as defying the impetus behind the 1954 Act by eroding security of tenure for commercial tenants and shifting the balance of power towards landlords.

The Supreme Court examined two critical issues on the meaning of ground (f), which it labelled as “the acid test”, being:

Lord Sumption delivered the leading judgment in the Supreme Court and held that the landlord’s proposed works were not of the nature or quality of the intention required to satisfy ground (f). This was due to the fact there was no benefit to the landlord to be derived from the works and chiefly, the landlord would not have carried out the same works if the tenant were to have left voluntarily.

Part of the Court’s reasoning was that “The right to obtain vacant possession on the expiry of the existing term is not in itself protected by section 30” but it is to enable the landlord to manage its own commercial interests by carrying out works and development for this benefit. Using works only for the basis of achieving vacant possession is the exact opposite of what was intended by the LTA 1954, eroding security of tenure.

In practice, it is unlikely the situation would be quite as clear cut as the Supreme Court envisages, but it would certainly be prudent to advise landlords to be not quite so brazen with their intentions as The Cavendish Hotel were in this case and strip out any ‘artificial’ elements from plans which would have no commercial benefit but would serve to obstruct a tenant’s lease renewal.

In terms of the practical impact of this decision, a court’s determination as to whether a landlord’s intention is conditional or not upon the tenant’s occupation and their right to a new lease will likely be subject to more careful scrutiny by the court rather than as it was before S Franses – simply the provision of an undertaking that the works would actually be carried out.

Therefore, before devising a cunning plan for works for the purpose of removing unfavourable tenants, landlords should remember that in light of this decision they are likely to be judged more strictly than ever before on the intention behind such works. Equally, at the other end of the spectrum, there is likely to be more onerous analysis of the intention behind works which are being carried out pursuant to the engagement of ground (f), even where the intention is genuine.

It would be advisable for landlords who are planning works to document their nature in respect of tenants’ lease renewals at the earliest stage possible. A bundle of evidence should be prepared well ahead of any hearings comprising of not only planning applications (if required), board minutes highlighting approval for such a decision, contractor quotes but perhaps most pertinently, a report showing the necessity for such works and/or a cost-benefit analysis to show that the works produce financial benefit to the landlord beyond simply achieving the removal of the tenant. This will all aid in demonstrating to the court that the intention to carry out the works exists independent of the tenant’s position in respect of a new lease. 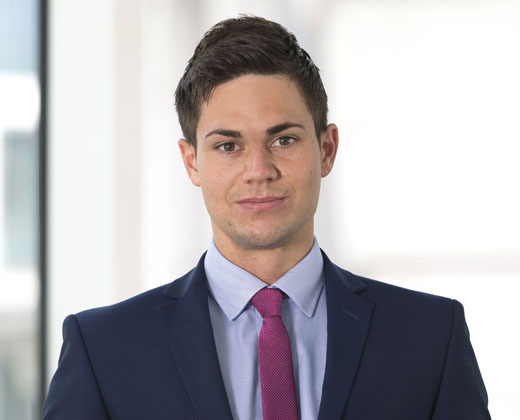