Secretary of State for Business, Energy and Industrial Strategy v Lord  [2022] EWHC 21 (Ch) is a judgment of Deputy ICC Judge Paul Greenwood on an application under s 6 Company Directors Disqualification Act 1986 for a disqualification order against a former director of Asset Land Investment plc,

The company was incorporated in 2005, Mr Lord was appointed as one of its directors in 2006 and resigned in 2012. Almost five years later a winding-up order was made against the company on a petition of the Financial Conduct Authority on the basis of an unpaid interim payment order in the sum of £1,270,000 made against it by Andrew Smith J in 2013 in proceedings by the FCA against the company and various persons concerned in it, including another former director, Mr Banner-Eve – but not against Mr Lord.

The FCA proceedings were protracted, involving unsuccessful appeals by the company and Mr Banner-Eve to both the Court of Appeal and the Supreme Court. The result was a finding that in contravention of s 19 Financial Services and Markets Act 2000 the company had operated a “land banking scheme” which was a collective investment scheme within the meaning of s 235 FSMA whilst not being either an authorised or an exempt person. Mr Banner-Eve was held to have been knowingly involved in that contravention and was ordered to pay £10,000,000 to the FCA. He failed to pay and was made bankrupt in 2017. In 2019, the Secretary of State accepted a 14 year disqualification undertaking from him on the basis that he had caused or allowed the company to operate an unauthorised collective investment scheme, and “caused or allowed” it to make misrepresentations to the public with losses to customers of almost £6 m. Criminal proceedings had also been brought against Mr Banner-Eve and others, but again, not against Mr Lord – and in any event they did not result in any convictions.

(a)   During the period 17 March 2006 to 1 May 2012, the date he resigned as a director, he allowed the company to operate an unauthorised collective investment scheme; and

(b)   During the period 17 March 2006 to 1 May 2012, the date he resigned as a director, he allowed the company to make misrepresentations to the public in respect of its land banking scheme whereby customers contributed £4,583,199 and were unlikely to see any return on their investment, local councils having described the land in question as unlikely for future development, contrary to what the company’s]customers had been told before investing.

The Secretary of State failed to make both allegations good. Although there was no real dispute about the underlying wrong of what the company had done, considerable difficulties arose as a result of timings and Mr Lord’s precise role in the company, and, more seriously, in the way in which the allegations had been formulated and particularised (or not). Much of the first allegation ended up being about whether Mr Lord had “abrogated” his responsibilities as a director. The judge gave the Secretary of State some leeway to proceed on what he called a “refined” allegation; but he remained critical, noting,

“In the circumstances, the summary statement of the First Allegation in Mr Smith’s First Affidavit is not an accurate summary of the more refined allegation as in fact advanced. Moreover, the Secretary of State’s evidence in respect of the First Allegation was far from exemplary. However, the question is whether, by reference to the principles set out at paragraphs 17-18 above, it would be fair, and the Court should allow, the refined allegation to be advanced.”

The court did, but the Secretary of State still lost on it.

“A disqualification order has serious consequences entailing a substantial interference with the freedom of the individual, sometimes described as penal or ‘quasi-penal’ the burden of proof lies on the Secretary of State, as claimant. In the present case, I also remind myself of the long passage of time since the material events, of the paucity of relevant documents, and of the consequent significant difficulties of proof. Moreover, the issue is not whether Mr Lord’s conduct was impeccable or exemplary; it is a ‘value judgment’ – whether Mr Lord’s conduct renders him ‘unfit to be concerned in the management of a company’ within the meaning of section 6 of the CDDA.”

He found, on the evidence before him, that even if some criticisms of Mr Lord’s conduct could be made in retrospect, the evidence did not mean that Mr Lord abrogated entirely his duties as a director in respect of the implementation of  advice received by the company about the scheme and/or in respect of compliance with  assurances it had given to the FCA; or that any partial failure to do so made him unfit to be concerned in the management of a company under s 6(1)(b) CDDA.

Like the first allegation, the second too ended up relying on “abrogation” of responsibility and  appears to have shifted in the course of the proceedings. In the judge’s words, it “became, or was ultimately advanced as, an allegation that certain misrepresentations were made on behalf of the Company, amounting to misselling, and that Mr Lord (although not said that he knew of those misrepresentations or ought to have known of them) had ‘totally abrogated’ his responsibilities in respect of the conduct of the Company’s business.” He went on:

“In my judgment, in all the circumstances, the Secretary of State’s case in respect of the Second Allegation has changed over time, but without those changes being made clear and explicit; it is and has been diffuse and confusing, and in my judgment, in the broad terms in which it was advanced at trial, it was not properly evidenced or fairly advanced. I agree with Mr Lewis, that it is ‘deficient in significant respects’ – it is not for a defendant to disqualification proceedings to search through the evidence in order to assemble the elements of a case that might be alleged. Nonetheless, in case I am mistaken in that regard, I shall consider the evidence, such as it is, in respect of the question whether Mr Lord was guilty of a ‘total abrogation’ of his duties in respect of the Company’s business and affairs, as was alleged.

The Secretary of State’s claim was therefore dismissed.

As in every case, it is important that any defendant knows the case he is required to meet so that he can respond properly to the allegations against him. The looseness with which allegations are sometimes put in disqualification cases (in the evidence rather than in statements of case) does on occasion lead to difficulties of this kind. It does in other cases too: which is why careful consideration needs to be given as to whether they can be dealt with in the evidence with sufficient clarity or whether they need to be more formally pleaded. 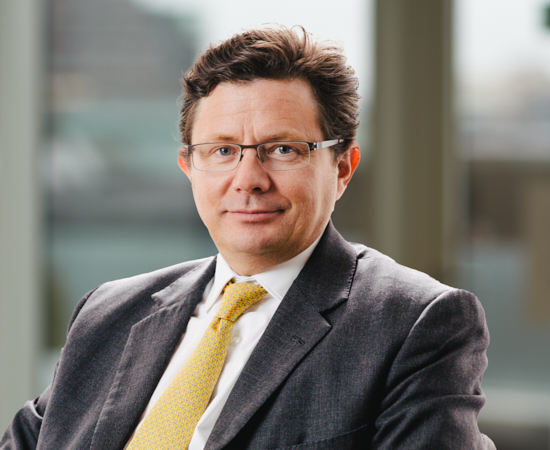