Richmondshire District Council v Dealmaster Ltd [2021] EWHC 2892 was an application under a 6  Insolvency Act 1986  and/or r 15.35 Insolvency (England and Wales) Rules 2016 for orders revoking or suspending the approval of a company voluntary arrangement put forward by Dealmaster on grounds that the CVA unfairly prejudiced the interests of the applicant local authority, a creditor of the company, alternatively on the basis that there had been a material irregularity at or in relation to the decision procedure approving the CVA.

The CVA had been precipitated by the presentation by Richmond District Council of a winding up petition for £38,609 due under liability orders and in respect of the costs of the related proceedings. It provided for a lump sum payment followed by monthly instalments over five years. Only certain creditors were included so as to be bound by the CVA: Dealmaster’s managing director, Mr Shepherd, a creditor for £7, 717 and Sterling Outcomes Limited (the holding company, shown as a secured creditor) were excluded. The CVA was approved, two creditors voting in favour, the local authority against.

The local authority’s case was that one of the approving creditors, Hightide Estates Ltd, should not have been permitted to vote on the CVA, that the CVA was itself unfairly prejudicial to it, alternatively that there had been a material irregularity concerning the valuation of Dealmaster’s property for the purpose of the proposal. (The proposal included an illustration showing that the position of creditors bound by the CVA would be better than on liquidation.) The local authority also complained about a debt said to be owed by Dealmaster to its parent company, Sterling, which, as we have seen, was not bound by the CVA: the debt owed to Sterling, it was said, had been inflated in the illustration so as to reduce the dividend prospect on liquidation; if the correct position had been shown, a liquidation would, it was contended, have been more attractive to creditors than the anticipated outcome under the CVA. Alternatively, it was said to be unfair that Stirling had been left out of the CVA.

The judge robustly rejected the calling into question of the debt to Hightide, the existence of which he thought had been more than adequately substantiated by documentation provided to support it:

“I came to the conclusion that RDC would only be satisfied that the debt existed and in the quantum admitted to voting to the extent that it had chapter and verse on every single payment credited to or debited to the loan account. Even then, without confirmatory evidence from each of the parties involved (some involved payments to third parties) in any such payment or debit, I am far from confident that RDC would have been content. However, this is not the basis upon which challenges to admission to proof should be made. […] In my judgment there was more than adequate evidence of the debt and its quantum before me (and indeed before the nominee, when acting as chairman of the relevant meeting). Attempts to delve deeper and find more to show that the debt was not owed or that the quantum was wrong had yielded nothing and are correctly described as a ‘fishing expedition’.”

He went on to make a more general point:

“It is not the function of the court to carry out a detailed audit to satisfy itself beyond any doubt at all that a debt put forward for voting purposes is properly owed in the quantum put forward. The court (and a chairman of a meeting) is entitled to rely on the balance of probabilities and the evidence put before it. A person challenging the admission to proof is not entitled to assert, like Mr Micawber, that ‘something may turn up’ and suggest that the burden of proof has shifted to those relying upon the vote.”

On the comparative outcome/prejudice issue he relied on expert evidence and the summary of the law by Henderson J in Mourant & Co Trustees Limited v Sixty UK Limited (In administration)  and an earlier decision of Etherton J in Prudential Assurance Co Limited v PRG Powerhouse Limited. On the facts he found that the valuation reached by the two expert valuers suggested a dividend of 11.6p in the pound on liquidation which, although arguably placing the local authority (and the other creditors in the CVA) in “a marginally worse position than on a liquidation,” which did potentially amount to prejudice, did not give rise to unfair prejudice.

He accepted the evidence of the company’s indebtedness to Sterling. As to its exclusion from the CVA he said, in relation to the issue of the differential treatment of Sterling compared with other creditors in the CVA,

“In my judgment… the so-called differential treatment is entirely justified. Sterling is dependent on Dealmaster to re-imburse payments made to reduce the debt to the Bank which it, Sterling, discharges first. The Bank is totally secured as regards its lending. If Sterling does not repay the money, then the Bank can simply enforce its security. Further, if the debt is fully paid off by Sterling but there is no re-imbursement by Dealmaster then Sterling would be subrogated to the Bank’s security. In effect, the debt to Sterling represents a debt ultimately indirectly due to the Bank which is fully secured against Dealmaster’s assets. The so-called differential treatment is justified by this.”

“Further, and in any event, the retention of the Property and the servicing of the bank debt (indirectly) by Dealmaster were necessarily matters that were required to enable Dealmaster to continue trading, avoid liquidation, and pay funds into the CVA. It seems to me that the question of any so-called differential treatment was clear from the terms of the CVA proposal and that it was a matter that the creditors could take a view on. I consider that the decision of relevant creditors to vote through the CVA was one that a reasonable and honest person in the same position as the applicant might reasonably have approved. Accordingly, I do not consider that the CVA gives rise to either any prejudice nor any unfair prejudice as regards RDC. No question of material irregularity arises in this.”

The message from the case (very much one on its own facts and figures) is that a challenge to a CVA is not to be embarked on without hard evidence of the misstatement of figures, whether used for calculating debts for voting purposes or otherwise; and that it is not always unfair to treat creditors differently if doing so furthers the interests of the CVA and the creditors in general. The purpose of a proper challenge is not to go fishing for the information to make up for deficiencies in the disgruntled creditor’s case. 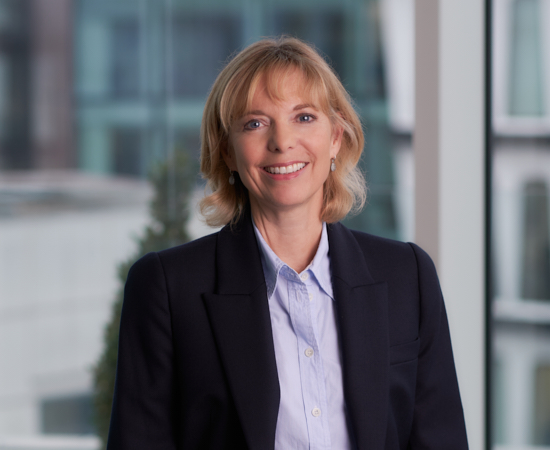