In a recent case, the Court of Appeal implied a term into a building contract to the effect that responsibility for obtaining planning permission and other consents was to be that of the employer. This case shows that it will generally be held, in the absence of express terms to the contrary in a building contract, that the employer is responsible for obtaining planning permission and other consents.

Under a JCT Standard Building Contract with Quantities 2005 edition, incorporating Revision 2 (2009), containing a Contractor’s Designed Portion and bespoke amendments, Walter Lilly was employed by Mr Clin to carry out works to two adjoining houses in the Kensington Palace Conservation Area to create a single dwelling house. The Royal Borough of Kensington and Chelsea Council wrote to Walter Lilly stating that the proposed works amounted to “substantial demolition” for which conservation area consent was required. Walter Lilly downed tools until the requisite consents were obtained, and works re-commenced over a year later. Walter Lilly made an application for an extension of time for the delay caused by the failure of Mr Clin to obtain the requisite consents, and a dispute arose as to whether Walter Lilly was entitled to such an extension.

The building contract was silent as to whose responsibility it was to ensure planning consents were obtained, and where the liability fell for any delay caused or costs incurred due to the failure to obtain such consents.

The key issues to be decided by the Court of Appeal were:

A term shall be implied only if it is strictly necessary in order to give effect to the contract. The Court concluded that, whilst it is not law that a term must be implied into the contract to place responsibility for planning and other consents with the employer, the employer will generally bear the responsibility of obtaining planning permission, or ensuring the same is obtained, otherwise the works would be unlawful. The employer, as opposed to the contractor, is best placed to know what consents are required.

2.If such a term is implied, what is the scope of the responsibility?

The Court found that the obligation on Mr Clin could not be an absolute one, as the process of obtaining planning permission is inherently uncertain and at the discretion of the local authority. However, the judge acknowledged that the responsibility must extend beyond the use of “reasonable endeavours”and require Mr Clin, as the employer, to “use all due diligence to obtain in respect of the Works the required planning consents”. In this context, “all due diligence” meant making a timely application; providing information to; and co-operating with the local planning authority.

3.In light of the implied term, what are the consequences for the allocation of risk between the parties under the contract?

The Court held that it was not for it to retrospectively imply terms into the contract to deal with a dispute that was not envisaged by the parties; and it was not the role of the court to improve an inadequate contract. The term dealing with responsibility for planning had been implied so as to give business efficacy to the contract, however the express terms of the contract relating to responsibility and risk were sufficient to deal with any situation where the grant of planning permission or other such consents is refused or delayed. 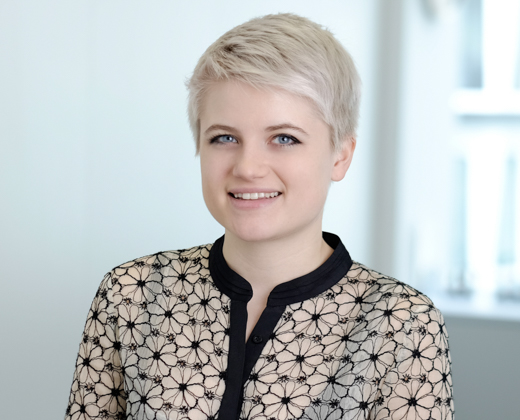