An analysis of the recent case of Lazari Investments v Saville where the court allowed a landlord to forfeit its lease despite apparent value to the administrators being lost.

Landlords have in recent times had their hands tied by the provisions of Schedule B1 to the Insolvency Act 1986 which prevent enforcement (including rights of forfeiture) when a company is in administration unless the administrator has given his consent or the court has given permission (paragraph 43 of Schedule B1 to the Insolvency Act 1986).  In the ordinary course, that usually means that unless a landlord has very clear evidence of financial prejudice, he will find himself in the invidious position of being at the administrator’s mercy in terms of the timing for any re-letting.

In circumstances where the rental market is falling and the business of the old tenant (in administration) is purchased by a new tenant with a strong financial covenant, that is no bad thing. However, there are circumstances where landlords may justifiably feel aggrieved at being forced to accept rent from an administrator for many months on the grounds that at some point the administrator is hoping to assign the lease at a premium, which will be of no direct benefit to the landlord.

The recent case of Lazari Investments Limited v Saville & others [2015] EHC 2590 (Ch) is an example of where the court took a pro-landlord approach.  The unusual circumstances of the case, and how the lease and associated licence to occupy a seating area were arranged, resulted in the court giving permission to the landlord to forfeit the lease, despite it having an approximate value of £250,000 to the administrators.

The landlord was the owner of the Brunswick Centre in Bloomsbury.  The tenant, together with another member of the Tragus Group of companies, operated a Strada Restaurant from the premises.  In addition to the lease, a licence had been granted by the landlord to the tenant for a seating area outside the demise of the premises.  Prior to the administration of the tenant, a complex business and asset sale agreement had been entered into by which certain of the assets of the tenant had passed to a newco (newly incorporated company), including the premises which were the subject of the lease and the licence.  As part of the agreement for sale, a licence to occupy was entered into between the tenant and the newco, which it was accepted was in breach of the lease.  The tenant entered administration shortly afterwards and the administrator’s solicitors sought licence to assign to the newco.

As an aside, there was a right of pre-emption in the lease which enabled the landlord to accept a surrender on payment of a premium equivalent to that to be paid by the proposed assignee.  In the sale agreement, the tenant had allocated a sum of £1.37 million to the premises which, according to both parties’ valuers was vastly in excess of the value of the lease.  The landlord declined to exercise its right of surrender saying (amongst other things) that a valid notice had not been served. In any event, the administrators conceded that they could not comply with the strict terms of the pre-emption rights in the lease. The landlord also declined to give licence to assign on a number of grounds which added up to the fact that the proposed assignee was a newco with no financial strength.

By the date of the hearing, some 8 months after the tenant entered administration, the administrators had done little to properly market the lease to true third parties, and the only offers had come from associated companies of little or no financial standing with no authorised guarantee agreement (AGA) being provided. The only offer from a party with sufficient knowledge of the lease and sufficient financial covenant was for £250,000 from Wagamama. However, a few weeks prior to the hearing, the landlord had terminated the seating licence (which they were entitled to do because it was personal to the tenant and the contractual termination of that personal right was not enforcement for the purposes of the Insolvency Act), and Wagamama said unequivocally that they would not take the lease without the seating licence. The court found that the practical effect of this was that whatever the value of the lease was, the administrators would not be able to realise it without the landlord granting a fresh seating licence, which the landlord clearly would not do. As a result of that conclusion the court found that allowing the landlord to forfeit the lease would not impede the purpose of the administration and so granted the landlord permission to do so, which meant the landlord could re-let at the (now significantly higher) market rent.

The case, whilst being very fact specific, demonstrates the importance of considering in advance how the package of rights and obligations entered into between landlords and tenants may work on the all too common occurrence of tenant insolvency. 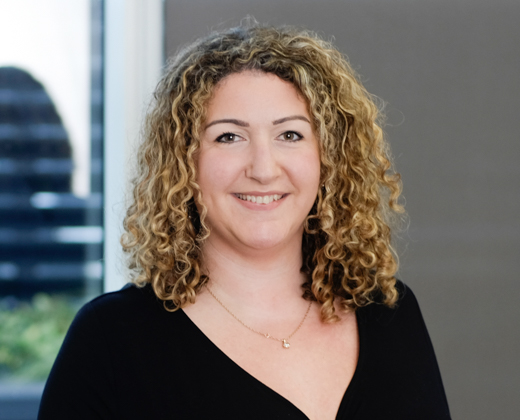