1. When does an Attorney’s authority begin?

An LPA cannot be used until it has been registered with the Office of the Public Guardian (‘OPG’).  If the LPA contains a restriction that the document cannot be used until the person who has made the LPA (“the Donor”) has lost the mental capacity to deal with their own affairs, the onus is placed on the Attorneys to evidence the Donor no longer has the requisite mental capacity to deal with their affairs.

It is common-place for an LPA to be registered with the OPG irrespective of whether the Donor has lost capacity to deal with their own affairs.

Once registered, a financial affairs LPA can be used while the Donor still has capacity, unless it specifies otherwise provided the Donor consents to this.   There is no readily identifiable point where the Attorney takes over from the Donor as decision-maker. Instead, capacity will vary according to the nature of the decision to be taken at that particular time. For example, a Donor may be able to make decisions about household spending but not about selling his or her home. One month later, he or she may be able to make both decisions, or neither. It is perfectly possible for the Donor and the Attorney to have concurrent power to take decisions in relation to the Donor’s affairs. This is very convenient if the Donor suffers from a condition whereby his mental capacity fluctuates.

In a situation where the Donor’s mental capacity fluctuates, the Attorney must only act for the Donor either when the Donor specifically requests it, or at times when the Donor lacks mental capacity. Each decision which needs to be taken stands alone. It may be that, in this kind of scenario, the Attorney takes minor decisions while the Donor lacks capacity, but waits until the prognosis in relation to capacity becomes clearer before making more fundamental decisions.

2. What are the principles of the Mental Capacity Act?

The framework to empower and protect people who lack the capacity to make decisions for themselves is provided by the Mental Capacity Act 2005 (“the Act”).

An Attorney must act in accordance with the principles of the Act:

3. What are an Attorney’s duties and responsibilities?

An Attorney has a duty of care, good faith, confidentiality and above all to act in the best interest of the Donor.  There is also a duty to keep accounts and to keep the Donor’s money and property separate from the Attorney’s own.

The Attorney cannot usually delegate their authority to anyone else; they must carry out their role personally.  However, it may be acceptable to delegate in certain limited circumstances; where it is necessary or expedient to do so or the need has arisen due to unforeseen circumstances or for specific tasks which the donor would not have expected the Attorney to attend personally.  Any delegated tasks under these limited exceptions must be purely administrative and not involve or require the exercise of discretion.

4. What powers does an Attorney have?

The Attorney will be able to do almost anything which the Donor could have done for him or herself in relation to his or her financial affairs.  This may include, amongst other things, withdrawing money from accounts, paying household bills, signing cheques, collecting income and benefits, buying and selling shares, and even buying and selling houses.

However, there are limits to this:

The Act gives the Attorney a limited power to make gifts of the Donor’s money or property as detailed below:

4.1.1  The recipient must be either a relative of the Donor or connected to him (this could be the Attorney himself) or a charity to which the Donor has made gifts in the past, or might be expected to make gifts if he had capacity.

4.1.2  A gift to charity can be made at any time. Any other gift must be seasonal i.e. related to a specific occasion, like a birthday.

4.1.3  The value of the gift must not be unreasonable having regard to the circumstances and the size of the Donor’s estate.  This may not be a straightforward exercise and it is advised that legal advice is sought by an Attorney in these circumstances.  For example, the Court may view annual gifts totalling up to £3,000 per year as reasonable if the Donor’s estate exceeds the inheritance tax nil rate band, the Donor has a life expectancy of less than five years  and can afford to make these gifts without their standard of living/quality of life being affected and there is no evidence that the Donor would oppose the gifts.

4.1.4  For an Attorney to make gifts to him/herself, or gifts to others that are beyond the above limits, an application to the Court of Protection would be needed.

An Attorney is entitled to be reimbursed for reasonable out-of-pocket expenses incurred in carrying out their duties. Professional Attorneys, such as solicitors or accountants, may charge for their services. The Donor should discuss and record any decisions made about paying Attorney(s) in the LPA.

The Attorney has the power to make investments on behalf of the Donor.  However, the Attorney cannot do so in the way they can invest in their own funds (dealing with them in any way they like) and also not necessarily in the way that the Donor would have invested them had they retained capacity.  When investing the Donor’s funds, the Attorney has similar obligations to those of Trustees and should obtain and consider proper advice.

The suitability of any investment must be carefully considered taking into account the Donor’s age and life expectancy as well as other relevant factors.  The Attorney cannot invest the Donor’s funds in the Attorney’s own business without authority from the Court of Protection.

The Attorney must act with such skill and care as is reasonable in the circumstances.  The duty of care is even greater where the Attorney holds themselves out as having specialist knowledge or experience when investing in the Donor’s funds.  The Attorney’s fiduciary duties are similar to those of a trustee.  The Attorney should therefore have regard to the standard investment criteria under section 4 of the Trustee Act 2000 and obtain professional advice before investing funds or upon reviewing investment of funds in accordance with the Trustee Act 2000, s 5 unless the latter is inappropriate or unnecessary.

5. How are attorney’s able to make decisions?

A Donor may appoint more than one Attorney to deal with his or her affairs. Attorneys may have to act:

(c)             together in some matters and together and independently in relation to others.

6. Is there anything an Attorney cannot do under an LPA?

An Attorney is unable to sign the Donor’s Will, step in the Donor’s place as a life tenant of a Trust, act as a personal representative of a Will where the Donor was appointed Executor or appear in Court as a witness in place of a Donor.

7. Are there any safeguards for the donor?

The OPG has a supervisory role for Attorneys.  Anyone who has suspicions  that an Attorney is not acting in the best interests of the Donor or exploiting their position of responsibility should inform the OPG.  The OPG may decide to carry out an investigation.  Depending upon the nature of the investigation, the OPG may decide to refer the matter to the Court of Protection which will have the power, if appropriate, to cancel the LPA or suspend or replace the Attorney. 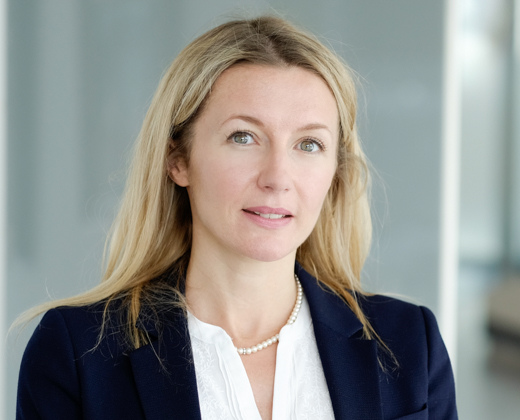