The current struggles in obtaining planning permission and why that might be the case.

Our clients are increasingly finding that in cash-strapped and under-resourced local planning authority (LPA) areas there is little option but to pursue planning applications through appeals. This can relate to the small and mid-scale major applications where they are not strategic enough to sway the authority’s resources.

In many cases, there are simply not enough officers to deal with applications. Many months can go by before any response to a registered application is received. LPAs also appear to be trying to delay the registration of applications (by finding minor faults with them) or even refusing to register an application and leaving applicants to work out whether they have recourse in those circumstances.

There are many possible causes for such conduct and delay and it can be difficult to know what is really at play. In circumstances, however, where the officers make it clear, and genuinely so, that they simply do not have the resources to deal with the application more speedily, funding appears to be a key factor.

In a report published in June 2018 – Local government funding – moving the conversation on – the Local Government Association (LGA) estimated that by 2020 local authorities would have faced a reduction to core funding from the government of nearly £16 billion over the preceding decade. This would mean that councils have lost 60p for every £1 the government had provided to spend on local services in the past eight years. In relation to local government services, and in respect of planning departments in particular, the report states that since 2010, council planning departments have cut spending by 50%. In spite of this, in 2016/17, councils granted planning permission for 321,202 new homes – up from 204,989 new homes in 2015/2016. Local government is currently the subject of the government’s Fair Funding Review. However, the LGA’s response is that the Fair Funding Review is focusing on how resources are distributed between authorities, rather than whether there are enough resources available overall. The LGA is of the view that in relation to income that can be raised from more flexible fees (including, one assumes, from fees generated from things like planning performance agreements and increases in planning application fees), the amounts are too small to deal with the financial challenges.

A Planning magazine survey in partnership with the Planning Officers Society in autumn 2018 found that fee increases are not necessarily translating into budget rises, with only half of those responding being of the view that the fee increase would translate into an equivalent increase or improvement in the department overall. One former council planning policy manager was quoted as saying: “Certainly, the fee increase was ring-fenced for planning, but I suspect there is creative accountancy going on,” especially, it would appear, in metropolitan areas where the squeeze on education and social services may lead to funds being used otherwise.

In terms of budgets for the period 2019/20, a number of authorities voiced caution about projecting budgets in these times of Brexit uncertainty, when they are beginning to witness a slowdown in the number of applications. In the event that application numbers do fall, the 20% increase in planning fee will not assist with the improvement of services in the near future. In addition to Brexit, the long-term structural issues such as the decline in the retail markets have also had an impact on the volume of developments coming forward.

The autumn 2018 survey also highlighted the recruitment difficulties facing LPAs, with some 80% of respondents saying they are finding it difficult to recruit development management professionals, and 68% reporting difficulties in finding policy and plan-making professionals. Furthermore, 60% said they found it tough to recruit at principal planner level, in effect, a notable and potentially serious shortage of appropriately qualified planning officers.

A number of authorities reported that they were training people without planning qualifications to fill the gap. People who qualified as planning technicians are being trained to handle planning applications.

In March 2019, housing minister Kit Malthouse was quoted as having said that councils might have to share senior staff in an attempt to tackle a growing skills shortage and lack of resources in public sector planning. The “helicopter model”, being where senior planners would be made available at the regional level to deal with complex applications such as garden village and large extension applications was suggested.

The helicopter model may not prove entirely acceptable to every local authority, which can have their own local priorities. In reality, it is the mid-size major applications, which are not necessarily of such magnitude as garden villages, but nonetheless significant for example, housing applications for between 50 and 150 homes, that are struggling to find the attention of the authorities.

The variety and volume of changes facing LPAs (from planning policy, to local government reorganisations, to merger of local authority areas to review of local government funding and finance) will all take time to bed in – not least as some of them are still in the consultation stage. The cost and resource issues mean that junior qualified officers are left to deal with matters “way above their pay grade” and all parties struggle to arrive at an acceptable solution. All this appears to be shifting the cost burden to the developer and even then resulting in decision making by appeal.

Given the continued focus from central government on the very large schemes, it appears likely that for the mid-scale schemes planning by appeal may be the only option open to applicants if they are to secure permission within any quantifiable timescale. 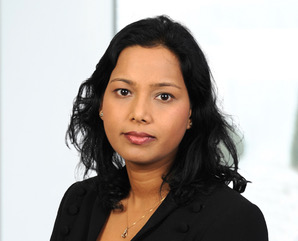