Freezing orders (indeed injunctions of all kinds) are an important tool in litigation, so a judgment of the Privy Council on the subject is worthy of attention, especially when it involves consideration of the subject by a Board of seven formidable legal minds (Lord Reed, Lord Hodge, Lord Briggs, Lord Sales Lord Hamblen, Lord Leggatt and Sir Geoffrey Vos MR).

The dispute that led to Broad Idea International Ltd v Convoy Collateral Ltd (British Virgin Island) [2021] UKPC 24 started with proceedings brought in Hong Kong by Convoy Collateral Limited against Dr Cho. Convoy applied for injunctions in the BVI against Dr Cho and Broad Idea International Ltd, a BVI holding company which was 50.1% owned by Dr Cho but which was not a party to the substantive claim. An application for service on Dr Cho out of the jurisdiction was rejected on the basis that the BVI court did not have jurisdiction over him as an individual, although it did have jurisdiction over Broad Idea as it was a BVI company. Broad Idea argued, however, that the court did not have the power to grant relief against it in connection with foreign proceedings. An injunction was granted by the judge at first instance, but the Eastern Caribbean Court of Appeal held that it did not have the power to grant a freezing order against Broad Idea in aid of Convoy’s Hong Kong proceedings. It also affirmed the first instance decision that Dr Cho could not be made susceptible of the jurisdiction of the BVI court by service of a claim form out of the jurisdiction.

The main issues on the appeal to the Privy Council are identified by Lord Leggatt in the first paragraph of his judgment by reference to the relief sought by Convoy in asking the Board “to return the law to what it submits is the proper path” by holding that:

(i) under the Eastern Caribbean Supreme Court Civil Procedure Rules 2000 the court has power to authorise service on a defendant (in this case Dr Cho) outside the jurisdiction of a claim form in which a freezing injunction is the only relief sought; and

(ii) where the High Court of the British Virgin Islands has personal jurisdiction over a party, the court has power to grant a freezing injunction against that party to assist enforcement through the court’s process of a prospective (or existing) foreign judgment.

On the first issue the Board found that the BVI procedural rules did not allow service out of the jurisdiction on Dr Cho, a non-resident in the BVI:

“To accept the [proposition that the court had power to authorise service on a defendant outside the jurisdiction of a claim form in which a freezing injunction was the only relief sought] would require the Board to depart not only from the decision of the House of Lords in Siskina (Owners of cargo lately laden on board) v Distos Cia Naviera SA (“The Siskina”), to which Lord Nicholls was referring in [Mercedes Benz AG v Leiduck], but also from the Board’s decision – from which Lord Nicholls dissented – in the Mercedes Benz case itself. In the Board’s view, those decisions should not now be disturbed. The [Eastern Caribbean] CPR must be interpreted by reference to them and, if a wrong turning has been taken, the appropriate means of getting the law of the BVI back on track is by amending the EC CPR. It follows that [Convoy’s] appeal from the decision of the Court of Appeal of the Eastern Caribbean Supreme Court…that the BVI court had no power to permit service of a claim form on [Dr Cho] outside the BVI must fail.”

On the second, however, it said:

“[I]n the Board’s opinion [it] already represents the law of the BVI (and other jurisdictions where courts have inherited the equitable powers of the former Court of Chancery). In connection with proceedings against Dr Cho in Hong Kong, the judge at first instance granted a freezing injunction against the first respondent, a BVI company. As its main reason for allowing Broad Idea’s appeal, the EC Court of Appeal held – contrary to its own previous conclusion on the issue in Yukos CIS Investments Ltd v Yukos Hydrocarbons Investments Ltd […] – that a BVI court has no power to grant a freezing injunction against a BVI company except as ancillary to proceedings for substantive relief brought in the BVI. The EC Court of Appeal acknowledged that this conclusion may be perceived as ‘undesirable … in modern day international commerce,’ but considered it inescapable on the authority of The Siskina without legislation in the BVI specifically conferring a broader power. That reasoning, in the Board’s opinion, was in error. It failed to recognise the breadth of the power to grant injunctions already possessed by the BVI courts, the fact that the limit on the court’s power which the EC Court of Appeal derived from The Siskina was not part of the ratio decidendi of that case, and how the law relating to injunctions generally – and freezing injunctions in particular – has developed in far-reaching ways since The Siskina was decided in 1977.”

It was, in summary, the unanimous view of the Board that the reasoning in Mercedes Benz AG v Leiduck on the interpretation of the wording of the procedural gateway for service out of the jurisdiction was correct but that, where a court which had jurisdiction to grant an injunction had personal jurisdiction over a party, it had power to do so to assist a party in enforcing a foreign judgment: the reasoning of the court in The Siskina had been unsound; or as Lord Leggatt put it, “The shades of The Siskina have haunted this area of the law for far too long and they should now finally be laid to rest.”

Whilst aspects of the case are specific to procedure in the BVI, Lord Leggatt undertook a wide ranging examination of the recent history of and principles underlying the law relating to injunctions, emphasising the increased powers available to the courts since the passing of the Civil Jurisdiction and Judgments Act 1982 and under subsequent case law. In his view, “[I]t would be unjustifiable insularity for an English or other domestic court to put obstacles in the way of a claimant who wishes, with the court’s aid, to enforce a foreign judgment against a defendant’s assets.” (See generally his analysis under the heading “The enforcement principle.”) He affirmed the principle that the court would assist where the applicant had a good arguable case and there was a risk of assets being dissipated or impaired such that a judgment might be left unsatisfied. There was no requirement (in the case of an injunction in aid of a judgment) that the judgment concerned should be a domestic judgment, nor that any judgment should be one against the respondent to the relief sought; nor was there a requirement that the applicant should have brought or be in a position to bring substantive proceedings against the respondent; so relief may be available against a non-party where it is sought in aid of relief against a true party.

Whilst much of the focus of the Board’s judgment was on an injunction in aid of a judgment, much of what the Board says is of more general application. The judgments of Lord Leggatt and Vos MR will be mined, explored and developed for some time in the future but are, in the writer’s view, to be welcomed as pragmatic and of assistance in a world in which assets can be moved swiftly and effectively with a view to avoiding proper claims and evading the satisfaction of judgments properly and lawfully obtained. 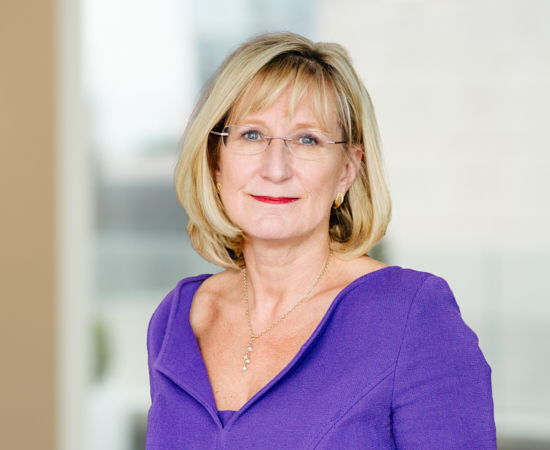