Racism in the workplace – can you be liable for the acts of your employees and contractors?

Earlier this year, Alexandra Wilson, black author, family and criminal barrister got mistaken for a defendant in her place of work, the Magistrates’ court, by a fellow legal professional, a member of the public, a contractor (security guard) and a member of the Court’s staff not once, not twice but three times.

Ms Wilson, whose twitter handle is ‘@EssexBarrister’, has set out the series of events in her twitter feed and has also appeared on the BBC’s Woman’s Hour to discuss her experience.

As a member of chambers, Ms Wilson will not be employed, at least not in the traditional sense, although, of course, her story relates to how she was treated whilst she was at work. It is possible to see from the response to her story the effect that this kind of treatment at work can have on an individual and how it can be a PR disaster for an employer.

What are the implications of this for the property industry and those who work in it?

Rightly, the spotlight is on racism in the workplace at the moment. Employees and members of the public are more willing to speak out and employers and the public are starting to get a better handle on the more subtle acts (including those referred to as microaggressions) which are unacceptable and discriminatory.

Harassment in this context is defined in the Equality Act 2010 (“EqA”)  as unwanted conduct in relation to a relevant protected characteristic (including race) which has the purpose or effect of either violating the individual’s dignity or of creating an intimidating, offensive, hostile, degrading or humiliating environment.

Can an employer be liable if its employee does something that would constitute harassment, to another employee?

In short, yes. This is unless the employer has taken all reasonable steps to prevent the harassment. This will likely include regular training and education of staff as to what, in reality, can constitute racism, as well as the existence of robust policies that all staff are trained on and a “no tolerance to racism” response to complaints.

The test for the employer’s liability in these circumstances is whether or not the harassment is done in the “course of their employment”. The Employment Rights Act 1996 makes clear that this is not to say that the employer has asked the employee to behave like that, or that they condone their employee’s behaviour, rather it is enough that it was done in the context of the employment relationship, whether during working hours or outside those hours. For example, harassment that takes place during after work drinks, even if they were not organised by the employer and were not on the employer’s premises, has been found to be in the course of employment.

The employee themselves can also be liable in the employment tribunal.

Can an employer be liable if a contractor or third party does something to its employee that would constitute harassment?

Staff often interact with people who are not employees, whether these are out-sourced security guards or the landlord’s front of house team.  Now repealed, there was a section in the Equality Act 2010 (“EqA”) (section 40) which provided that, if employers were made aware that an employee had been subjected to two acts of harassment by a third party during their employment and the employee was subsequently harassed a third time, and the employer had not taken such steps as would have been reasonably practicable to prevent the third party from doing so, then the employer was taken to be liable for the harassment.

Accordingly, had Ms Wilson been an employee in early 2013, and had her employer been on notice of the occasions of potential harassment she was subjected to, they would have been  well advised to take reasonable steps to try and ensure that she was not subjected to harassment again during her employment with them.

So are employers now off the hook for all harassment claims involving contractors and other third parties?

In short, no. There is still a risk, and a public relations risk as well as a legal risk. However, the legal position is less clear-cut and the position is somewhat unsatisfactory for those employees finding themselves in circumstances that mirror Ms Wilson’s.

Employers can also still be liable for harassment caused by third parties who are not deemed to be agents. Whilst the claim is more difficult for an employee to bring than it used to be (and we may see the law change back) an employee may successfully argue that the failure of the employer to protect them (for example, by making an adequate report of the behaviour to a relevant authority) was because of the employee’s protected characteristic rather than, say, incompetence or laziness – which would give rise to a claim.

Can a contractor be liable if its employees harass a third party employed by another?

Yes potentially, if that contractor is carrying out a role as an agent of that third party employer. For instance, harassment by out-sourced catering staff at an office canteen creates a risk for the catering company as well as the company whose canteen they staff.

So what can employers do?

In the wake of the Black Lives Matter movement, as the words of support from large corporations fade into the echo chamber, employees will be looking to see which employers really step up to the plate and are willing to walk the talk  when it comes to taking steps to try and prevent harassment and discrimination claims arising at work. To achieve this,   employers need to take action to show that they are not just waiting for their employees to be treated in a way that amounts to harassment or discrimination before reacting. Having clear and robust policies, ongoing training and educational programmes, and taking proactive anti-discrimination measures can all assist in creating a secure environment where people do not feel that they have to ‘constantly justify their position at work’  (Wilson, 2020 @EssexBarrister). 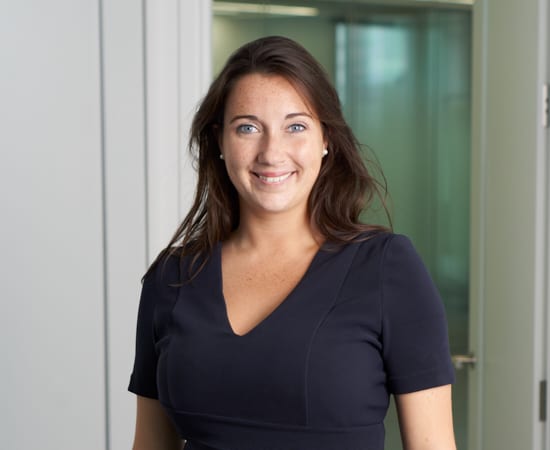