Andrew O’Keeffe comments on the legal fight over the Scottish baronetcy of Pringle of Stichill in STEP Journal.

The Privy Council has ruled that DNA evidence can be accepted to uphold a man’s claim to succeed to the baronetcy of Pringle of Stichill.

However, the 2013 succession is disputed. Simon Pringle, son of the tenth baronet, Sir Steuart Pringle, had a claim but it was challenged by his second cousin, Murray Pringle, who is a retired accountant from Buckinghamshire. He claims that Simon Pringle’s grandfather, the ninth baronet, was not the legitimate son of the eighth baronet, and that the succession should therefore have passed through a different family line – which leads to Murray Pringle himself. Scots law states that a title of honour, such as a baronetcy, does not vest in legal heirship, but by ‘right of blood’ – that is, by biological paternity.

The case is based on DNA evidence. Murray Pringle has been conducting a project on the history of the Pringle family, in order to determine the chieftainship of the clan – an important issue for Scottish gentry. He persuaded the tenth baronet, Sir Steuart Pringle, to provide a DNA sample during his lifetime to aid in this project. That sample has now been compared with samples from other, surviving, family members, and appears to show convincingly that the eighth baronet is grandfather to Norman Murray Pringle.

The other contender for the title, Simon Pringle, did not dispute this, but sought to have the claim time-barred and the DNA evidence excluded on grounds of public policy. However, the Privy Council’s Board of the Judicial Committee has now dismissed his case. It rejected the time-barred argument on the grounds that the right to succeed to an honour was made imprescriptible by the Prescription and Limitation (Scotland) Act 1973.

It also ruled that the use of Sir Steuart’s DNA was not a breach of confidentiality or the Data Protection Act, because Sir Steuart must have known it could be used for this purpose, and it would be disproportionate to exclude such persuasive evidence from the court.

The Privy Council also considered the Law Reform (Parent and Child) (Scotland) Act 1986, which states that the presumption of paternity could now be rebutted by a balance of probabilities test rather than the old criterion of reasonable doubt. As a result it ruled that Norman Murray Pringle’s challenge for succession to the baronetcy should be allowed.

Andrew O’Keefe, Partner at law firm Wedlake Bell, said the implications of the ruling could be far reaching: ‘Now that DNA evidence has been allowed in evidence to decide this dispute, it must, by corollary, mean that it is likely to be used in any future challenges of this nature […] Therefore, this case could have far-reaching implications for titled families facing a challenge over succession.’ The Privy Council in its judgment also noted that DNA evidence has the potential to reopen a family succession many generations into the past.

‘Whether this is a good thing and whether legal measures are needed to protect property transactions in the past, the rights of the perceived beneficiary of a trust of property, and the long established expectations of a family, are questions for others to consider’, it said.

This article was first published in STEP Journal on 23 June 2016. Please click here to view the article on the STEP website. 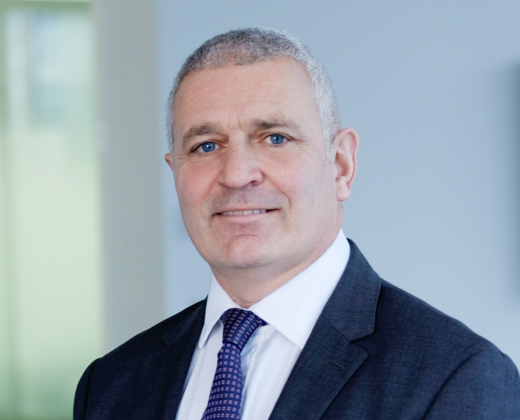